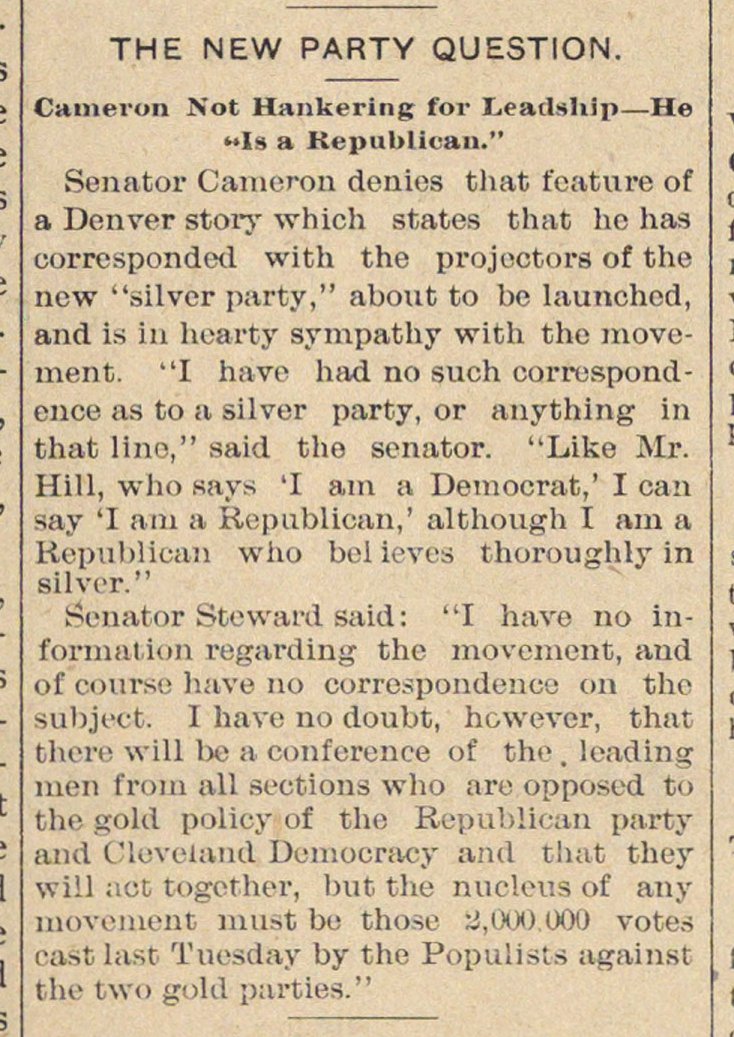 Senator Cameron denios that feature of a Denver story which states that he has corresponded with the projectors of the ncw "óilvcr party," about to be Uiunchcd, and is In hearty sympathy with the movoment. "I have had no such correspondence as to a silver party, or anything in that line," said the senator. "Like Mr. Hill, who says 'I am i Democrat,' I can gay 'I am a Republican,' although I am a Eepublican who bel leves thoroughly in silver." Senator Steward said: "I have no information regarding the movement, and of oouTse have no correspondeiice on the subject; I have no doubt, however, that there will 1k a conference of the, leadlng men frota all sections who aro.opposed to gold policyof the Republican party and Cleveland Democracy and that they wül aot together, but tlie nucleua of any movement must be those ,000.000 votes cast last Tuesday by the Populist against the two gold purtles."