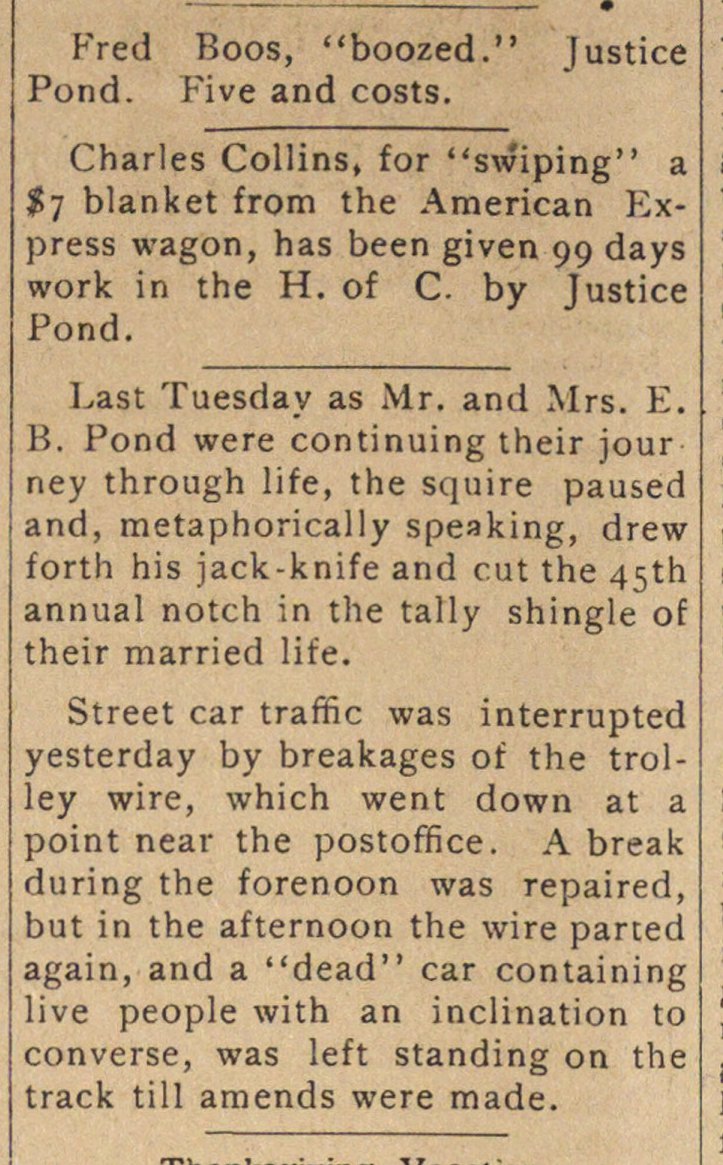 Fred Boos, "boozed." [ustice Pond. Five and costs. Charles Collins, for "swiping" a $7 blanket from the American Express wagon, has been given 99 days work in the H. of C. by Justice Pond. Last Tuesday as Mr. and Mrs. E. B. Pond were continuing their jour ney through life, the squire paused and, metaphorically speaking, drew forth his jack-knife and rut the 45H1 annual notch in the tally shingle of their married life. Street car traffic was interrupted yesterday by breakages of the trolley wire, which went down at a point near the postoffice. A break during the forenoon was repaired, but in the afternoon the wire parced again, and a "dead" car containing live people with an inclination to converse, was left standing on the track till amends were made.