Will Not Stand On His Dignity 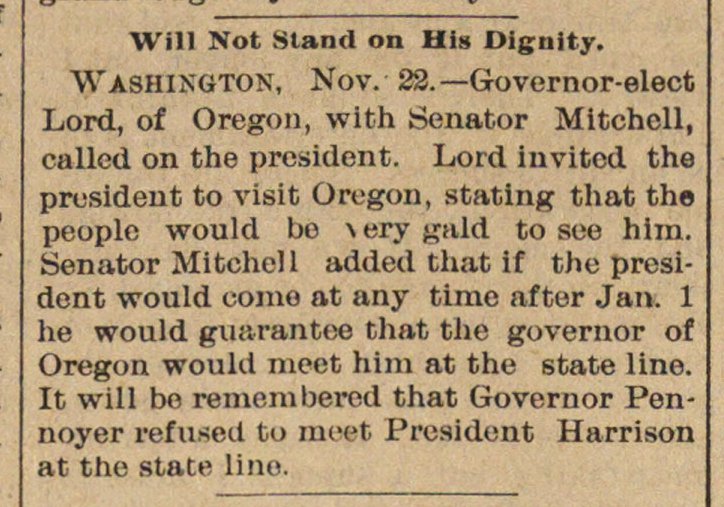 Washington, Nov. 23.- Governor-elect Lord, of Oregon, with Senator Mitcholl, called on the president. Lord invited the president to visit Oregon, stating that the people would bo ery giüd to seo him. Senator Mltchell added that if the president would como at any time aítor Jan. 1 he would guarantce that the governor of Oregon would meet him at the state line. It will bo remembered that Governor Pennoyer refused to meet President Harrison at the state line.