It Troubles The Lawyers 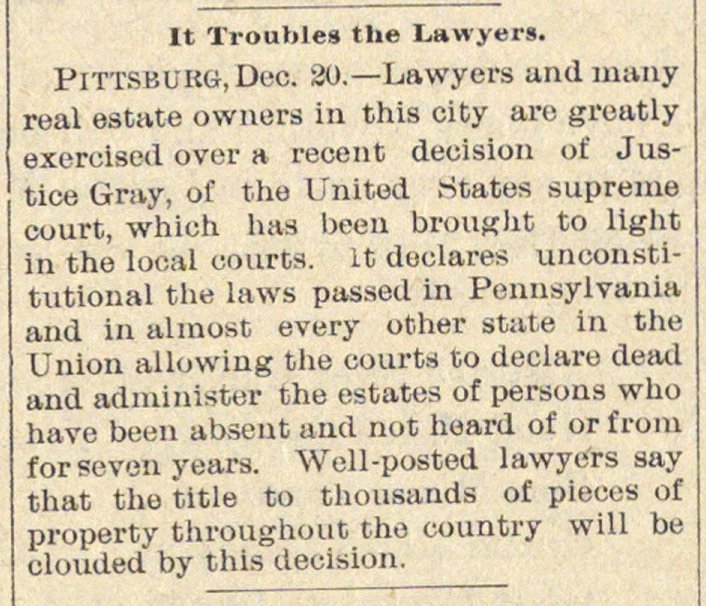 PlTTSBüB&.Dea 30.- Lawyers anainany real estáte ownera in this city are greatly eiercised over a recent decisión of Justice trray, of the United States supreme court, which luis been brought to light in the local courts. lt declares uneonstitutional the laws passed in Pennsylvania and In ahnost every other state In the Union allowing the courts to declare deail and administer the estates of persons who have been absent and not haard of or froiu for seven years. Well-posted lawyers say that tho "title to thousands of pieccs of property throughout the country will be clouded by this decisión.