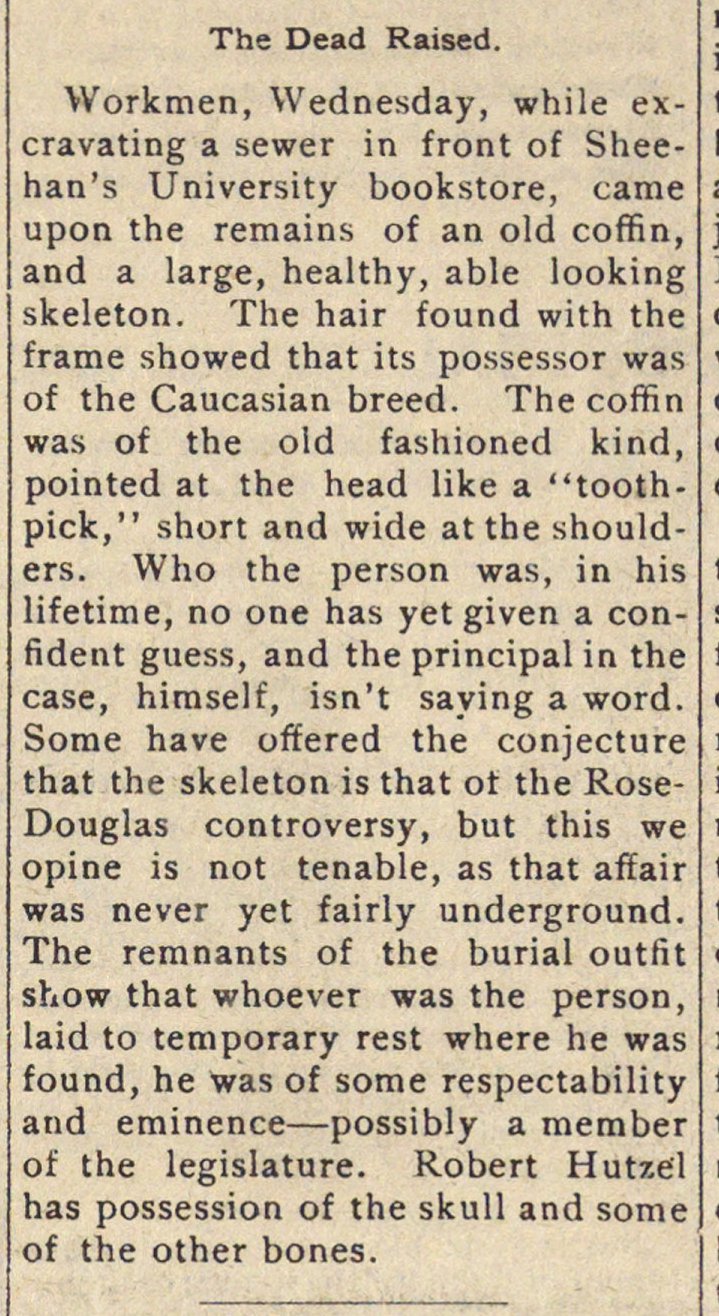 Workmen, Wednesday, while excravating a sewer in front of Sheehan's University bookstore, came upon the remains of an old coffin, and a large, healthy, able looking skeleton. The hair found with the frame showed that its possessor was of the Caucasian breed. The coffin was of the old fashioned kind, pointed at the head like a "toothpick," short and wide at the shoulders. Who the person was, in his lifetime, no one has yet given a confident guess, and the principal in the case, himself, isn't saying a word. Some have offered the conjecture that the skeleton is that ot the RoseDouglas controversy, but this we opine is not tenable, as that affair was never yet fairly underground. The remnants of the burial outfit show that whoever was the person, laid to temporary rest where he was found, he was of some respectability and eminence - possibly a member of the legislature. Robert Hutzel has possession of the skull and some of the other bones.