Was In Ann Arbor 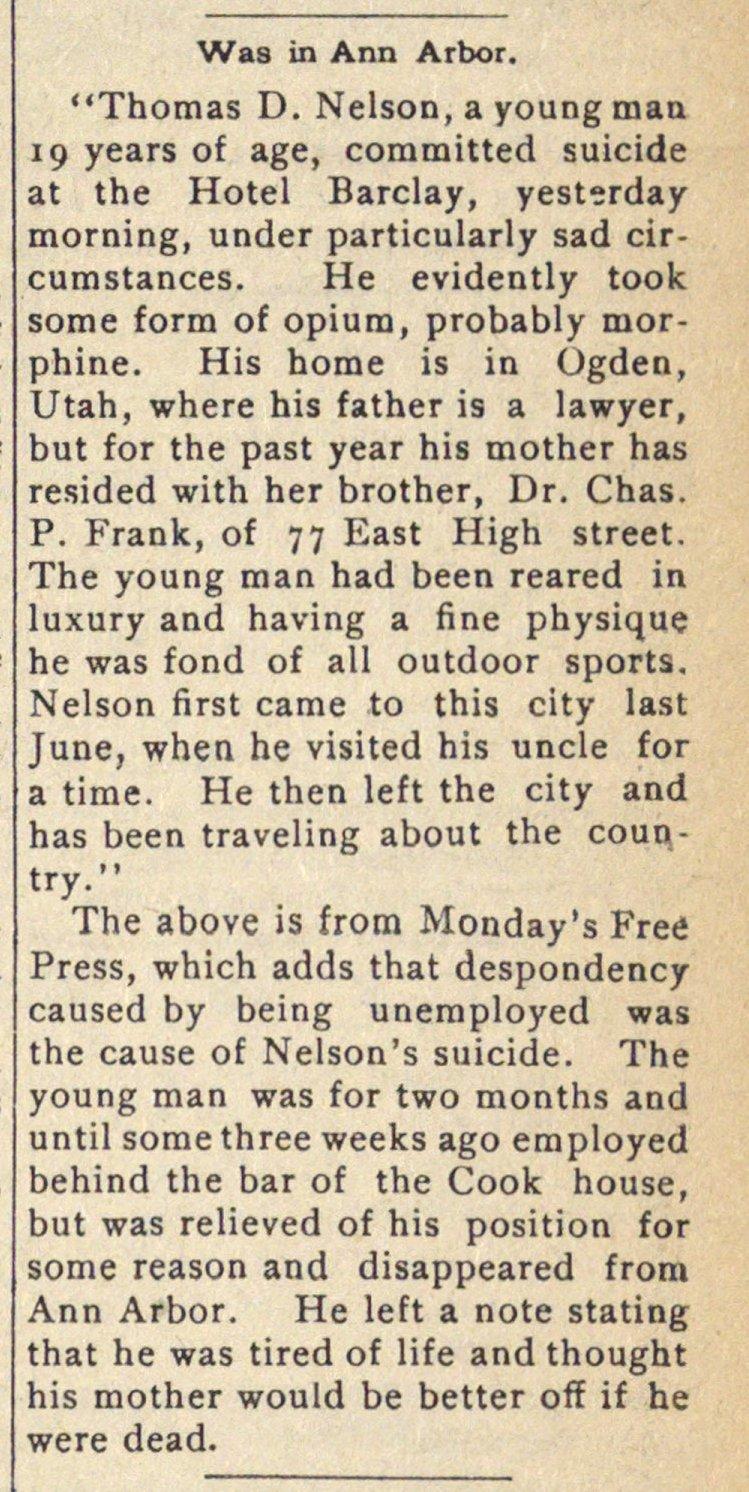 "Thomas D. Nelson, a young man 19 years of age, committed suicide at the Hotel Barclay, yesterday morning, under particularly sad circumstances. He evidently took some form of opium, probably morphine. His home is in ügden, Utah, where his father is a lawyer, but for the past year his mother has resided with her brother, Dr. Chas. P. Frank, of 77 East High street. The young man had been reared in luxury and having a fine physique he was fond of all outdoor sports. Nelson first carne to this city last June, when he visited his uncle for a time. He then left the city and has been traveling about the country." The above is frotn Monday's Free Press, which adds that despondency caused by being unemployed was the cause of Nelson's suicide. The young man was for two months and until some three weeks ago employed behind the bar of the Cook house, but was relieved of his position for some reason and disappeared from Ann Arbor. He left a note stating that he was tired of life and thought his mother would be better off if he were dead.