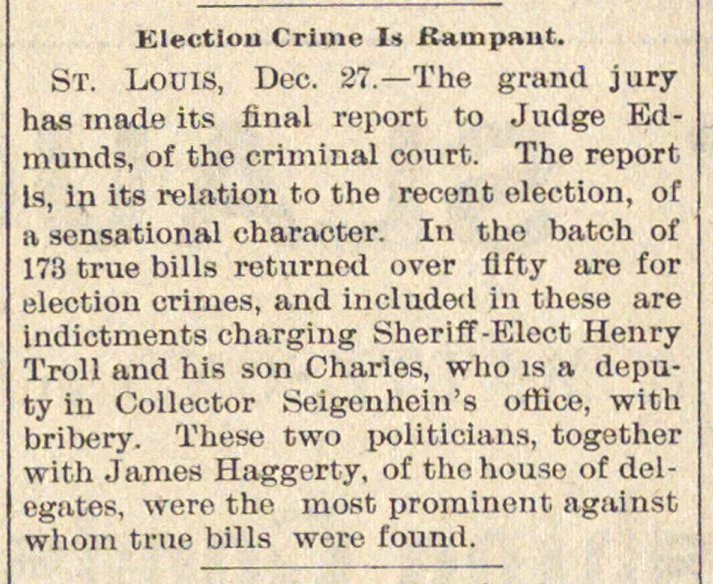 Sr. LOUIS, Dec. 27.- The grand jury has made its final report to Judge Edmunds, of tho criminal court. The report Is, lp its relation to the recent olection, of a sensational character. In the batch of 173 true bilis returned over üfty aro for election crimes, and includod in those are indictments charging Sheriff -Kloet Henry Troll and nis son Charles, who is a deputy in Collector Seigenhem's office, with bribery. These two ixliticians, together with James Haggerty, of tho house of delt'gates, were the most prominent, against whom true bilis wore founil.