Vandalism In The Capitol 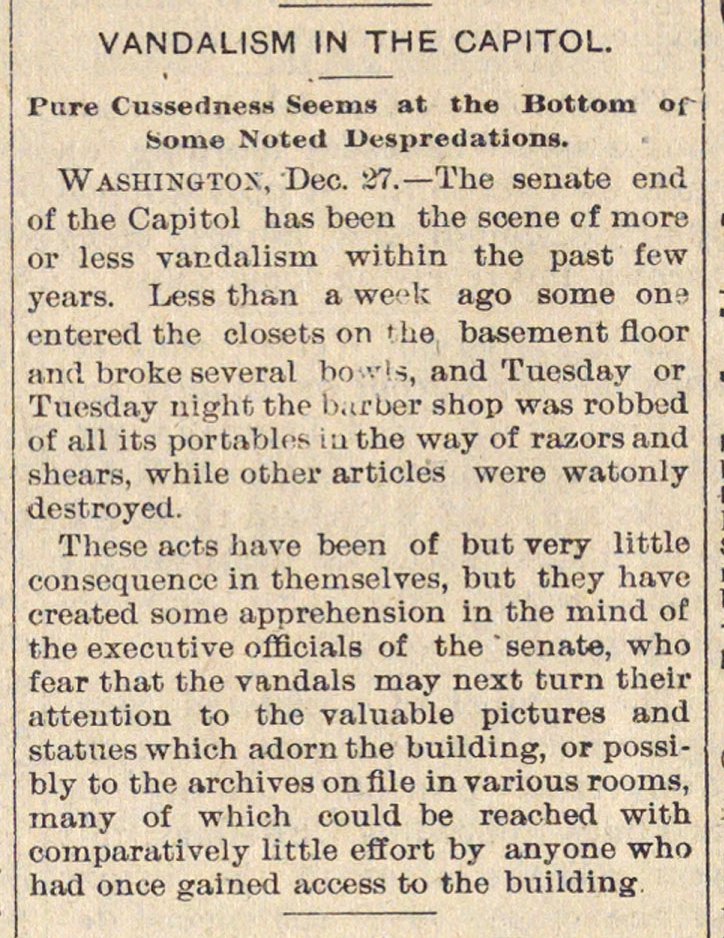 Washington, Dea 7.- The senate end of the Capítol has been the soene of more or less vandalism within the past few yenrs. Less than a wek ago some on:? entered the closets on ! he basement floor and broke several ho vU, and Tuesday or Tucsday night tho ku-bor shop was robbod o( all its portables in the way of razors and shears, while other articles were watonly destroyed. These acts have been of but very little consequence in themselves, but they have created some apprehension in the mind of the executive officials of the 'senate, who fear that the vandals may next turn thelr nttention to the valuable pictures and statnes which adorn the building, or possibly to the archives on file in various rooms, many of vrhich could be reached with comparatively little effort by anyone who had once gained access to the building