One Reason For Cheap Wheat 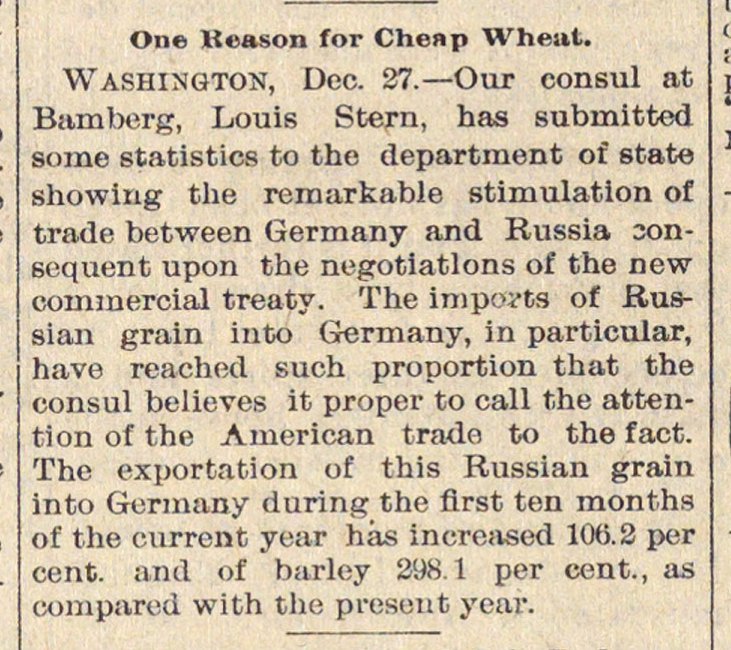 Washington, Dec. 27. - Our consul at Bamberg, Louis Stern, has subrnitted some statistics to the department of state showiiig the remarkable stimulation of trade between Germany and Russia 3onsequent upon the negotiatlons of the new commercial treaty. The Importa of Russian grain into Germany, in particular, have reached such proportion that the consul believes it proper to cali the attention of the American trado to the f act. The exportation of this Russian grain into Gerinany during the first ten months of the current year has increased 106.2 per cent. and of barley 298.1 per cent., as compared with the present year.