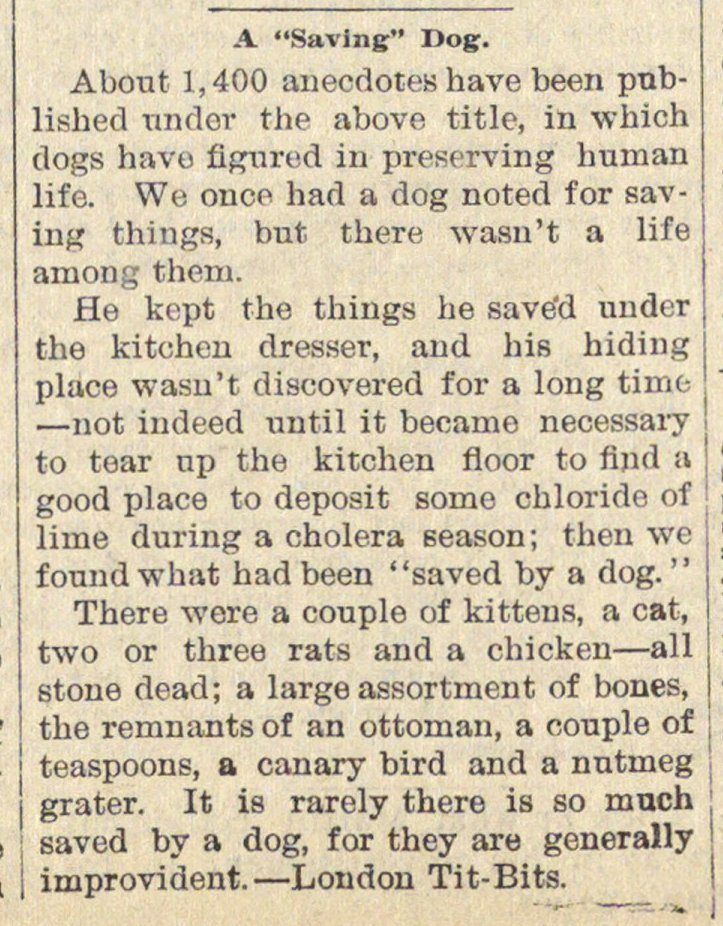 A bont 1,400 anecdotes have been pnblished undor the above title, in whioh dogs havo figured in preserving human lifc. We once had a dog noted for saving things, but there wasn't a life among them. He kept the things he save'd under the kitohen dresser, and his hiding place wasn't discovered for a long time - not indeed until it became necessary to toar np the kitchen floor to fiiul a good place to deposit some chloride of lime during a cholera season; then we found what had been "saved by a dog. " There were a couple of kitteus, a cat, two or three rats and a chicken - all stone dead; a large assortment of bones, the remnants of an ottoman, a oouple of teaspoons, a canary bird and a nutineg grater. It is rarely there is so much saved by a dog, for they are generally i improvident.