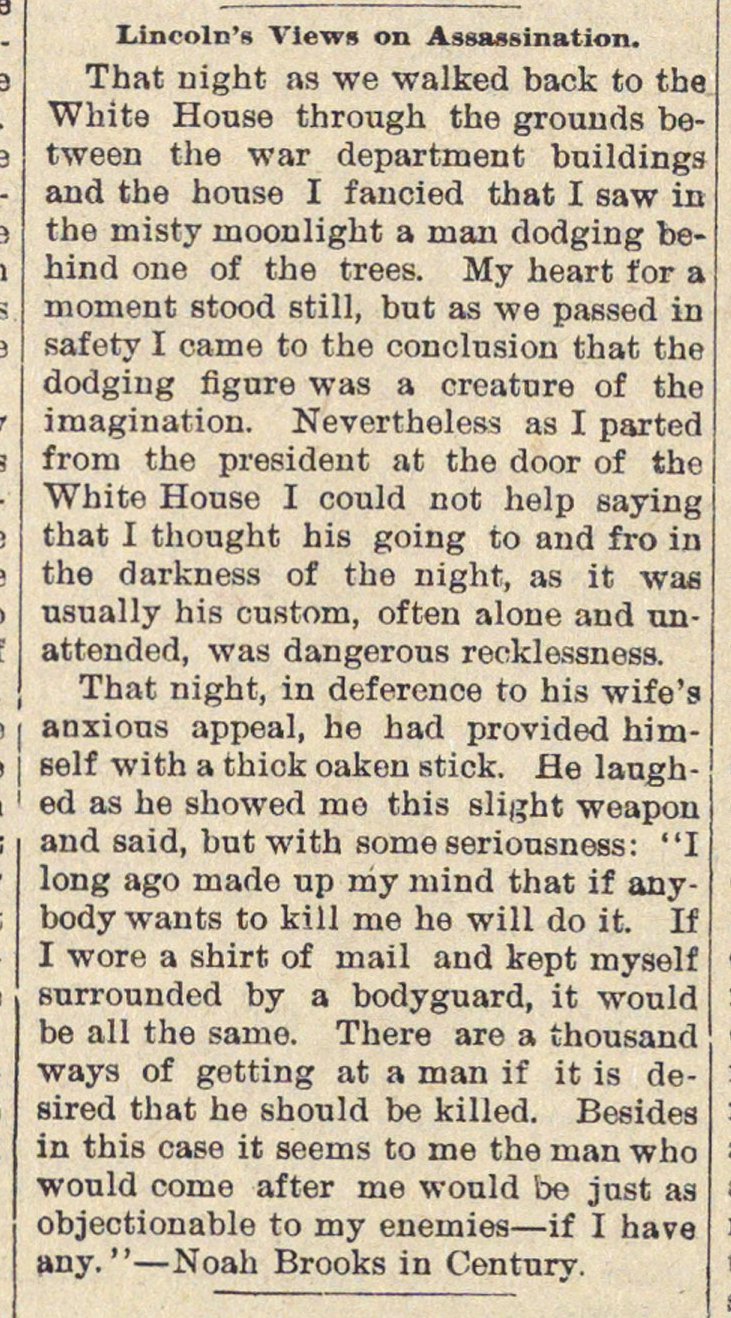 That mght as we walked back to the White House through the grounds between the war department buildings and the house I fancied that I saw in the misty inoonlight a man dodging behind one of the trees. My heart íor a moment stood stil], but as vee passed in safety I eame to the conclusión that the dodgiug figure was a creature of the imagination. Nevertheless as I parted from the president at the door of the White House I could not help saying that I thought his going to and fro in the darkness of the night, as it was usually his custom, often alone and unattended, was dangerous recklessness. That night, in deference to his wife's anxious appeal, he had provided himself with a thiok oaken stick. He laughed as he showed rao this slight weapon and said, but with someseriousness: "I long ago made up niy mind that if anybody wants to kill me he will do it. If I wore a shirt of mail and kept myself surrounded by a bodyguard, it would be all the samo. There are a thousand ways of gotting at a man if it is desired that he should be killed. Besides in this case it seems to me the man who ■would come after me would be jast as objectionable to my enemies - if I have