Man Buried In The Ruins 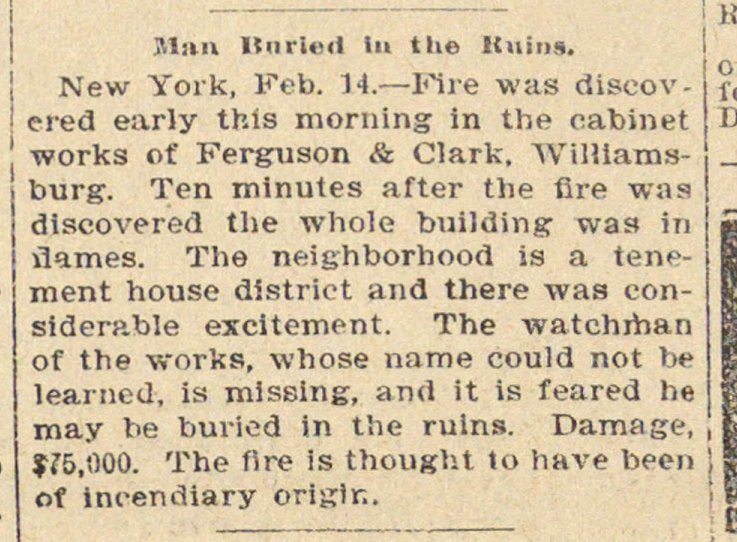 New York, Feb. 14. - Ure was disco vered early this morning in the cabinet works of Ferguson & Clark, WiHiamsburg. Ten minutes after the fire w:is discovered the whole building was in ilames. The neighborhood is a tenement house district and there was considerable excitement. The watchman of the works, whose name could not be learned, ia missing, and it is feared he may be buried in the rulns. Dama ge, , $Í5,000. The fire is thought to have been of incenciiary origtr..