American Cities A Hundred Years Ago 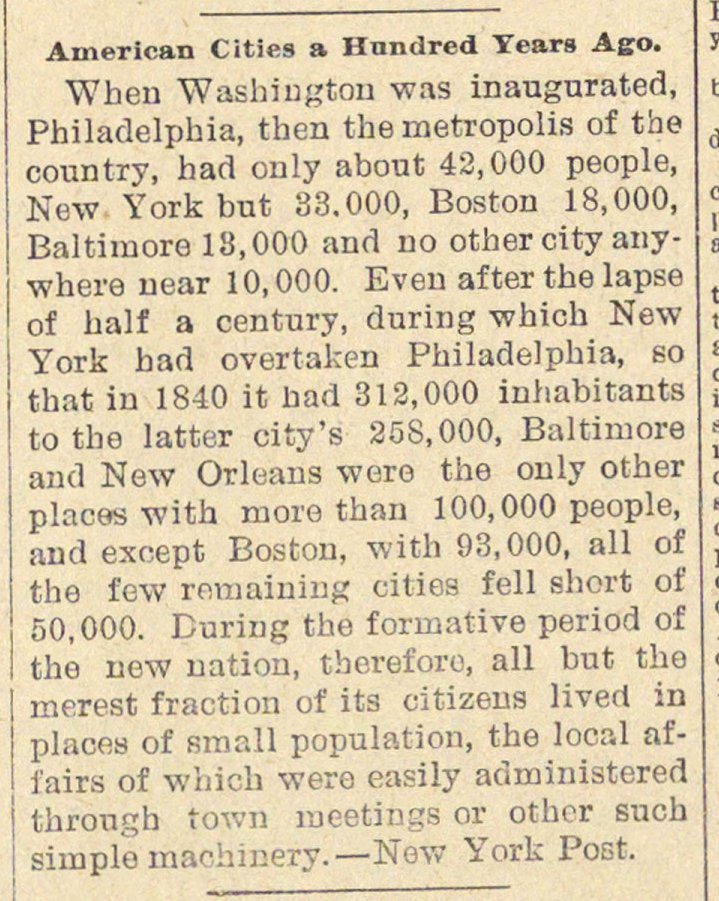 When Washington was mauguratea, Philadelphia, then the metropolis of the country, had only about 42,000 people, New York but 33.000, Boston 18,000, Baltimore 18,000 and no other city anywhere near 10,000. Even af ter the lapse of half a century, during which New York bad overtaken Philadelphia, eo that in 1840 it had 312,000 inhabitants to the latter city's 25S.O0O, Baltimore and New Orleans were the only other places with more than 100,000 people, and exoept Boston, with 93,000, all of the few remaining cities feil short of 50,000. During the formative period of the uew uation, tbereforo, all but the merest fraction of its citizens livert in places of small population, the local afi'airs of which wero easily administered thronch tov.-n meetings or other such simple maehinery.-