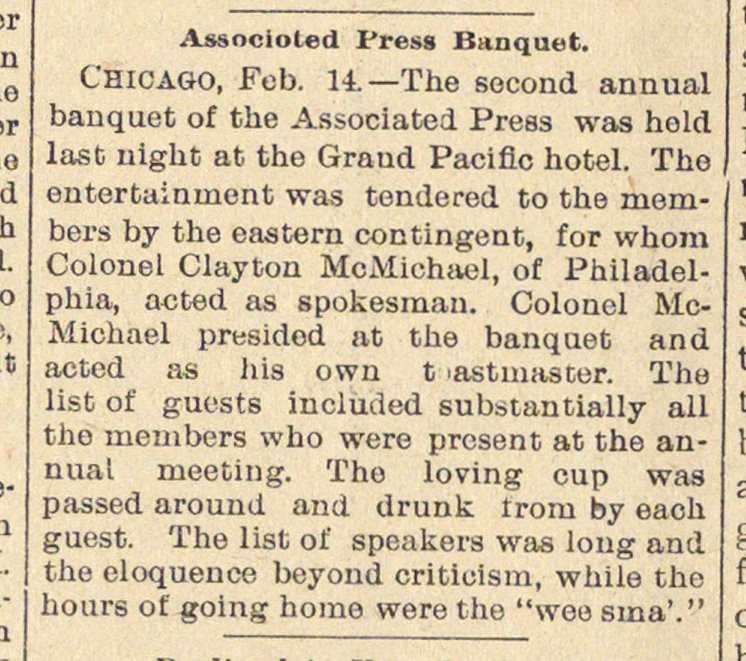 Chicago, Feb. 14.- The socond annual bauquet of the Associated Press was held last ïiight at the Graud Pacific hotel. The i entertainment was tenderod to the members by the eastern contingent, for whom Colonel Clayton MoMiohael, of Philadelphia, acted as spokesman. Colonel McMichael presidod at the banquet and acted as liis own t 'astinascer. The list of gucsts included substantially all the members who were present at the annual meeting. The loving cup was passed around and drunk trom by each guest. The list of speakers was long and the eloquence beyond critioism, while the hours oL going home were the "wee sma'."