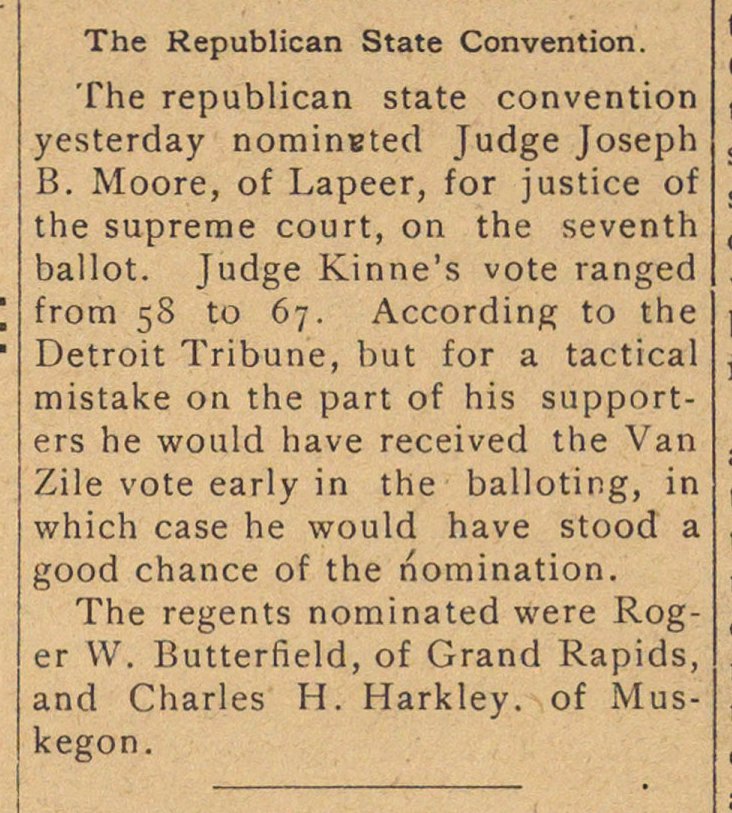 The repubhcan state convention yesterday nomineted Judge Joseph B. Moore, of Lapeer, for justice of the supreme court, on the seventh ballot. Judge Kinne's vote ranged from 58 to 67. According to the Detroit Tribune, but for a tactical mistake on the part of his supporters he would have received the Van Zile vote early in the balloting, in which case he would have stood a good chance of the nomination. The regents nominated were Roger VV. Butterfield, of Grand Rapids, and Charles H. Harkley. of Muskegon.