Death Of A Manchester Pioneer 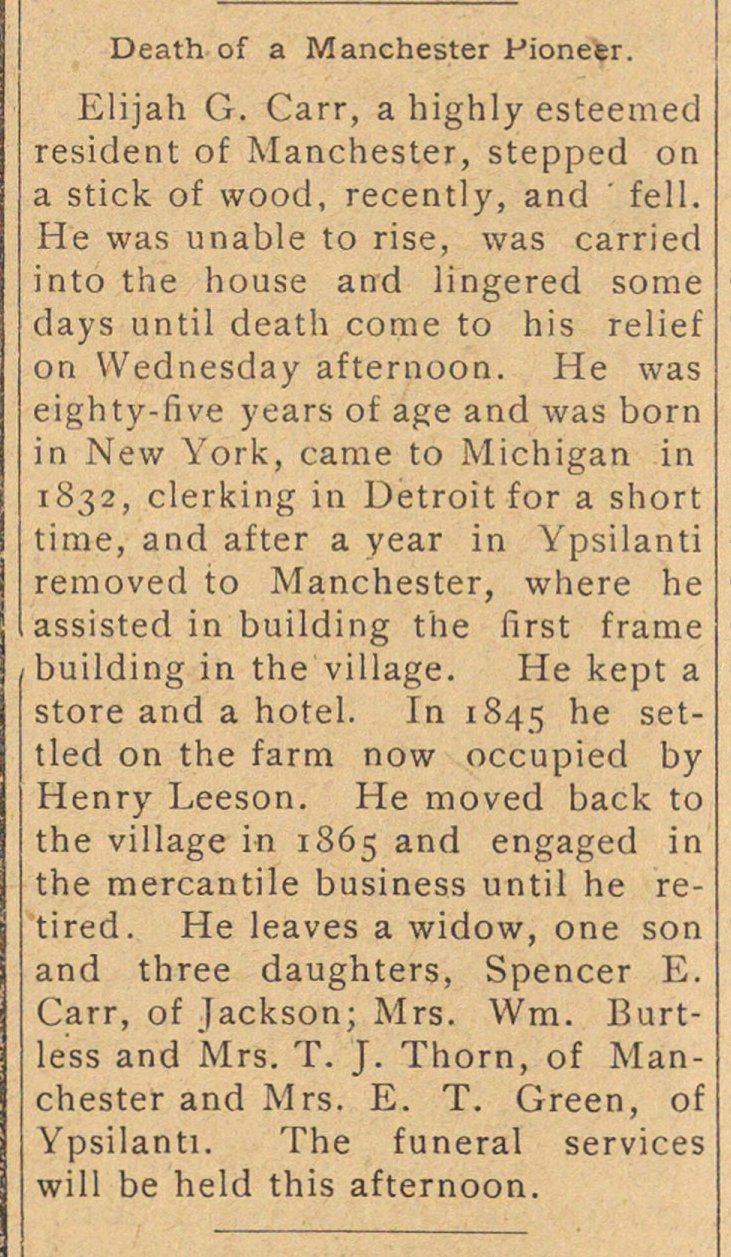 Elijah G. Carr, a highly esteemed resident of Manchester, stepped on a stick of wood, recently, and ' feil. He was unable to rise, was carried into the house and lingered some days until death come to his relief on VVednesday afternoon. He was eighty-five years of age and was born in New York, carne to Michigan in 1832, clerking in Detroit for a short time, and after a year in Ypsilanti removed to Manchester, where he assisted in building the first frame juilding in the village. He kept a store and a hotel. In 1845 ne se'" tled on the farm now occupied by Henry Leeson. He moved back to the village in 1865 and engaged in the mercantile business until he retired. He leaves a widow, one son and three daughters, Spencer E. Carr, of Jackson; Mrs. Wm. Burtless and Mrs. T. J. Thorn, of Manchester and Mrs. E. T. Green, of Ypsilanti. The funeral services will be held this afternoon.