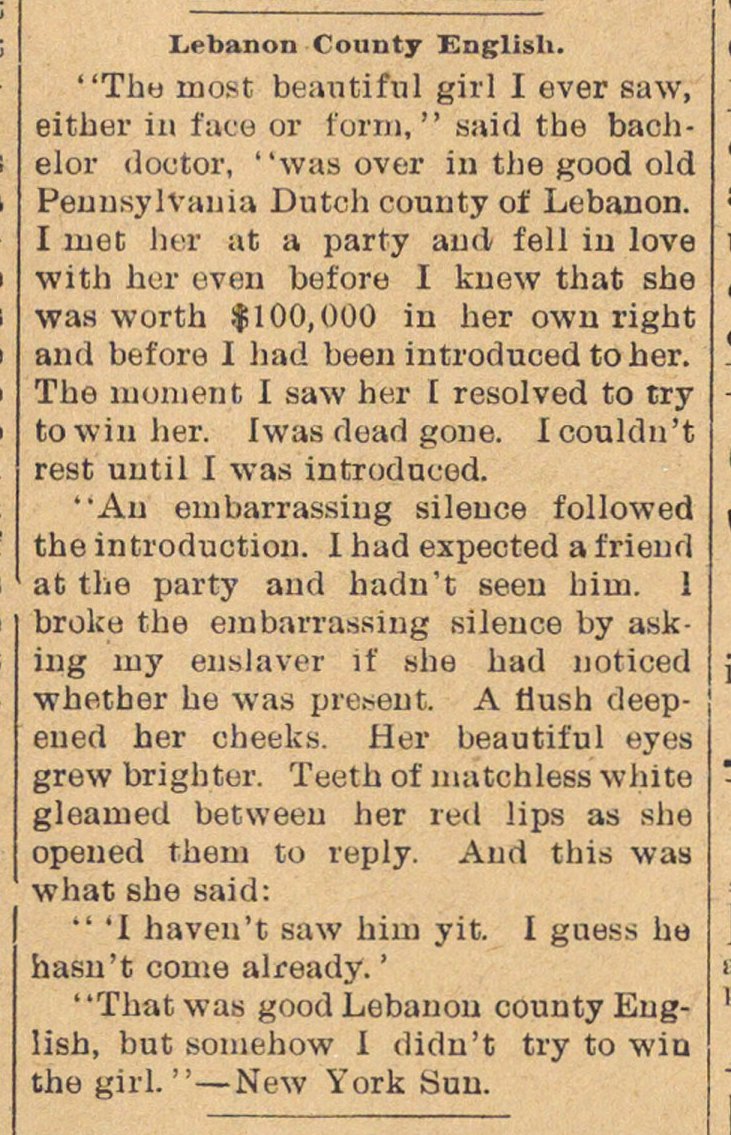 ' 'Tho most beautifnl girl I ever saw, either in face or form, " said the bachelor doctor, "was over in the good old Pennsylvauia Dntch county of Lebanon. I met hei at a party and feil in love with her even before I knew that she was worth f100,000 in her own right and before I liad been introduced to her. The moment I saw her I resolved to try to win her. Iwas doad gone. Icouldn't rest until I was introducod. '"Au embarrassing silence followed the introduction. I had expected a friend at the party and hadn't seen him. 1 broke the embarrassing sileuce by asking my enslaver ïf she had notioed vehetber he was present. A tíush eued her cheeks. Her beautifnl eyes grew brighter. Teeth of niatchless wliite gleamed between her red lips as she opened them to reply. And this was what she said: "' 'I haven't saw him yit. I guess he hasu't come already. ' "That was good Lebanon county Euglish, but somehow I didu't try to wiu the girl. "-