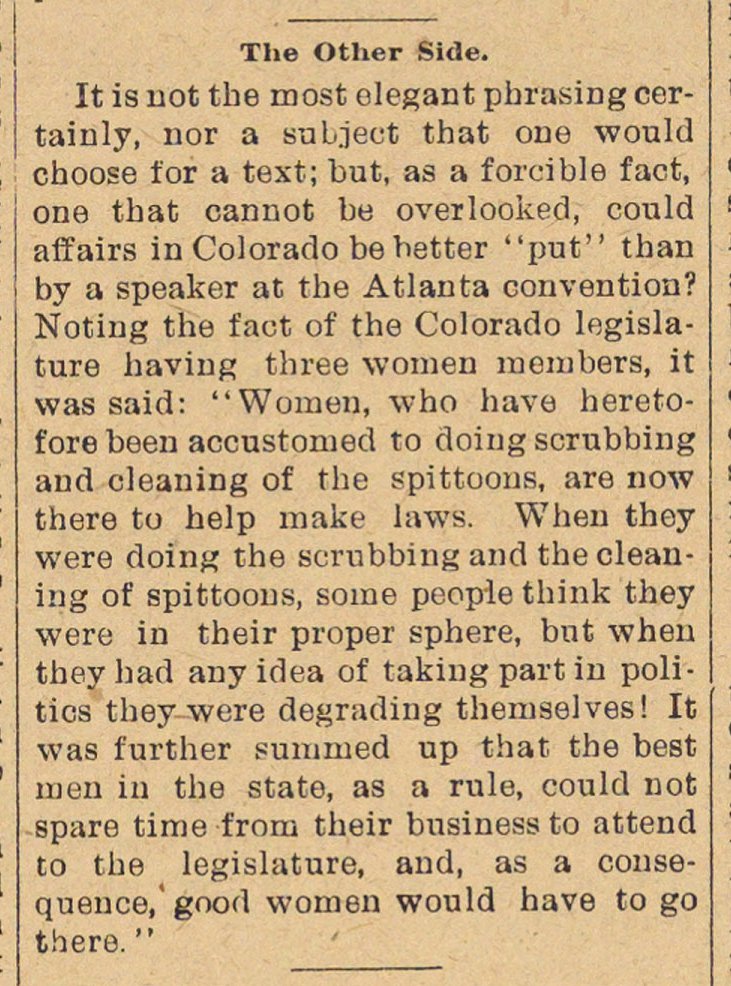 It is not the most olegant phrasmg certainly, nor a subject that one would choose tor a text; but, as a forcible fact, one that cannot be oveilooked, could affairs in Colorado bebetter "put" than by a speaker at the Atlanta convention? Noting the fact of the Colorado legislature having three vromen members, it was said: "Women, who have heretofore been accustomed to doingscrubbing and cleaning of the spittoons, are now there to help make laws. Wlien they were doing the scrubbing and the cleaning of spittoons, some peoplethink they were in their proper sphere, bnt when they bad anyidea of taking part in politics they were degrading themselves! It was further suiuined up that the best men in the state, as a rule, could not spare time from their business to attend to the legislature, and, as a consequen ce, good women would have to go there. "