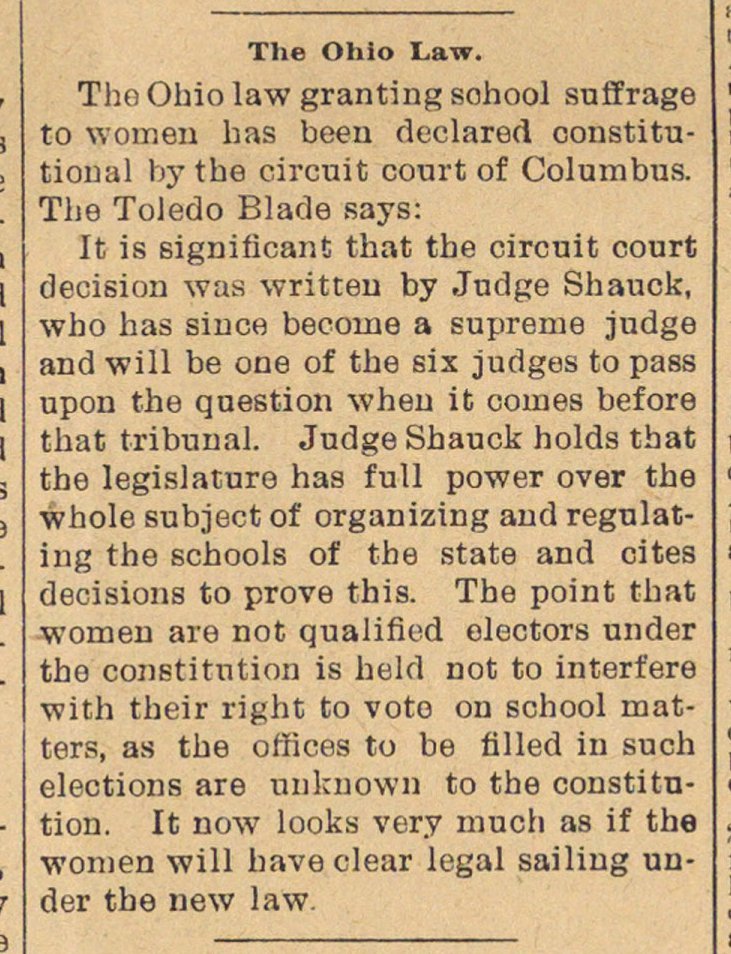 Tho Ohio law granting sohool suffrage to womeii bas been declared constitutioiuil by tbe circuit court of Colnmbus. Tbe Toledo Blade says: It is significant that the circuit court decisión was writteu by Judge Shauck, who has since becoine a supreme judge and will be one of the six judges to pass upon the qnestion when it comes before that tribunal. Judge Shauck holds that the legislature has fu 11 power over the ■whole subject of organizing and regulating the schools of the state and cites decisions to prove this. The point that women are not qualifiüd electors under the constitntion is held not to interfere with their right to voto on school matters, as the offices to be filled in such elections are nnknowu to the coustitution. It now looks very much as if the wonien will have clear legal sailing under the new law.