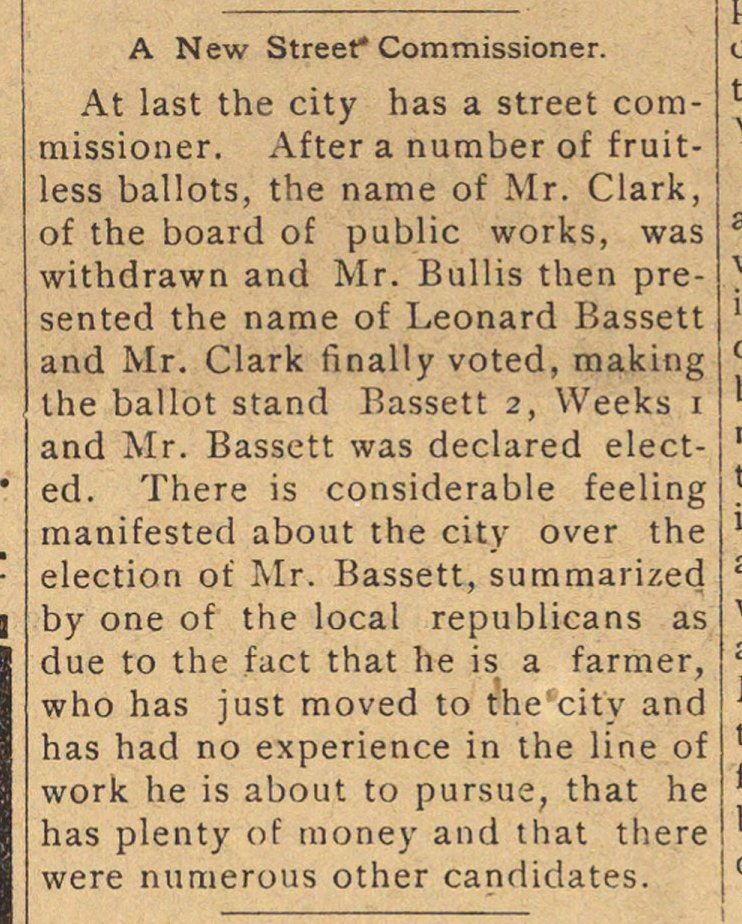 At last the city has a street commissioner. After a number of fruitless ballots, the name of Mr. Clark, of the board of public works, was withdrawn and Mr. Bullis then presented the name of Leonard Bassett and Mr. Clark finally voted, making the ballot stand Bassett 2, Weeks 1 and Mr. Bassett was declared elected. There is considerable feeling manifested about the city over the election of Mr. Bassett, summarized by one of the local republicans as due to the fact that he ist a farmer, who has just moved to the city and has had no experience in the line of work he is about to pursue, that he has plenty of tnoney and that there were numerous other candidates.