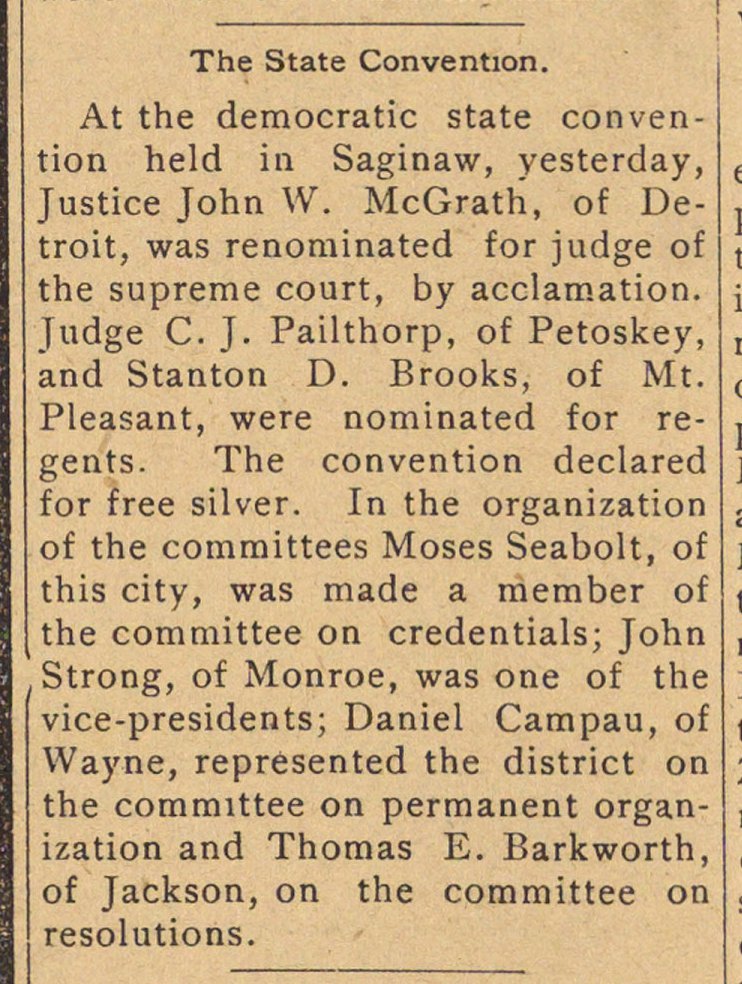 At the democratie state convention held in Saginaw, yesterday, Justice John W. McGrath, of Detroit, was renominated for judge of the supreme court, by acclamation. Judge C. J. Pailthorp, of Petoskey, and Stanton D. Brooks, of Mt. Pleasant, were nominated for regents. The convention declared for free silver. In the organization of the committees Moses Seabolt, of this city, was made a member of the committee on credentials; John Strong, of Monroe, was one of the vice-presidents; Daniel Campau, of Wayne, represented the district on the committee on permanent organization and Thomas E. Barkworth, of Jackson, on the committee on resolutions.