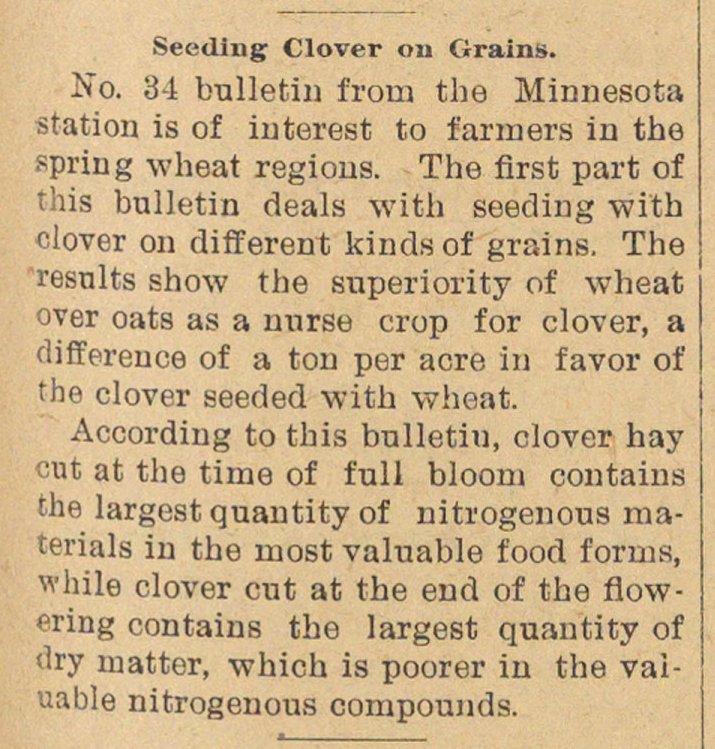 No. 3-1 bulletin from the Minnesota station is of interest to farmers in the spring wheat regions. The first part of this bulletin deals with. seéding witb clover on different kinds of grains. The resnlts show the superiority of wheat over oats as a nnrse erop for clover, a di ff eren ce of a ton per acre in favor of the clover seeded with wheat. According to this bulletin, clover hay ent at the time of full bloom contains the largest quautity of nitrogenous materials in the most valuable food forma, while clover cut at the end of the flowering contains the largest quaiitity of lry matter, which is poorer in the valuable nitrogenous compounds.