Fight With A Bandit Gang 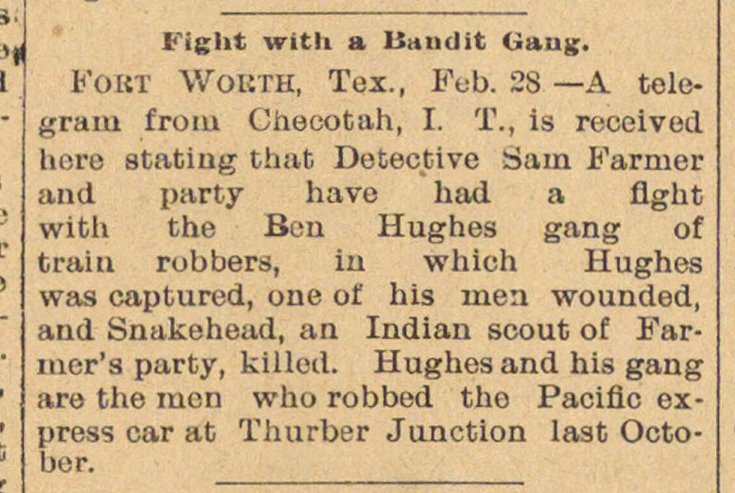 FOKT WoBTH, Tex., Fob. 28 - A telegram froiu Cheootah, I. T., is reeeived liere stating Chat Detective Sam Farmer and party have had a flght with the Ben Hughes gang of train robbers, in which Hughes was captured, one of nis men wounded, and Snakeheud, an Indian scout of Farmer's party, killed. Hughes and his gang are the men who robbed tho Pacific express car at Thurber Junction last October.