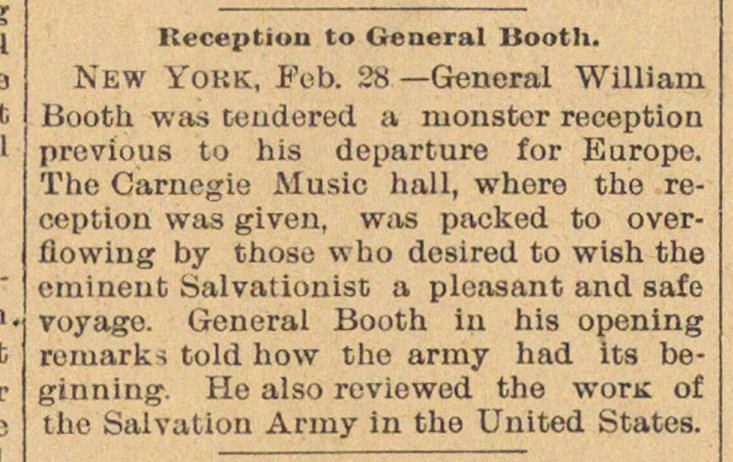 New í'ohk, Fob. 28 -General William Büoth was teiidered a monster reception previous to his departure for Europe. The Carnegie Music hall, where the reception was given, w;is packed to overflowiug by those who desired to wish the eminent Salvationist a pleasant and safe voyago. General Booth in his opening remarks told how the anny had lts beginning. He also reviewed the wotk of the SiUvaüou Army in the United States.