A New Ward For Ann Arbor 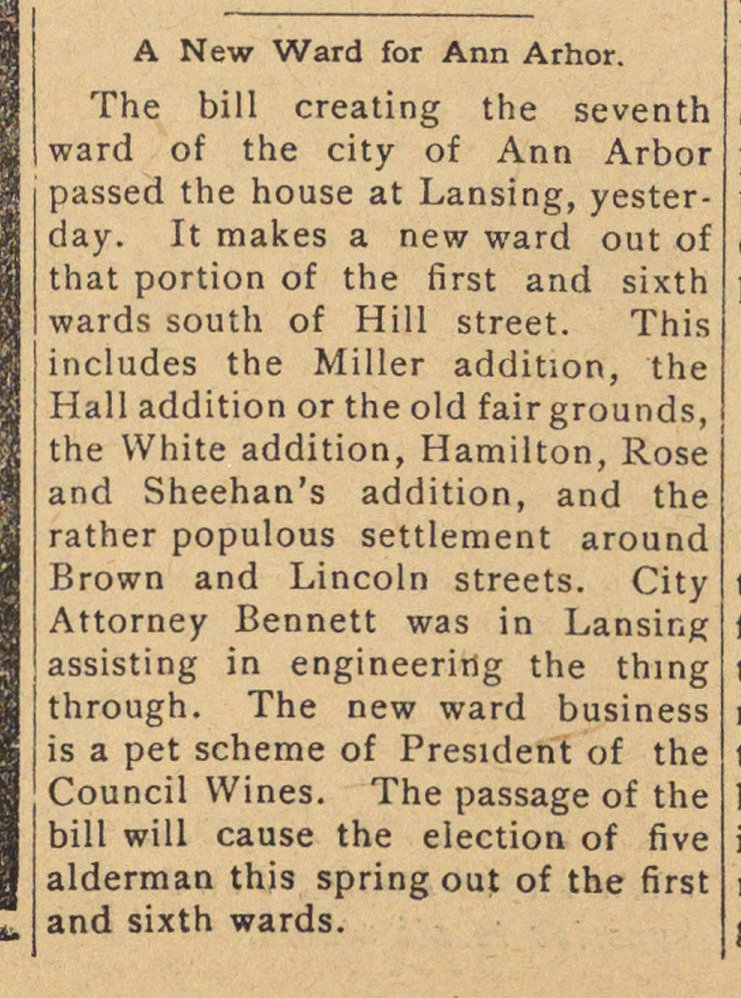 The bilí creating the seventh ward of the city of Ann Arbor passed the house at Lansing, yesterday. It makes a new ward out of that portion of the first and sixth wards south of Hill street. This includes the Miller addition, the Hall addition or the old fair grounds, the White addition, Hamilton, Rose and Sheehan's addition, and the rather populous settlement around Brown and Lincoln streets. City Attorney Bennett was in Lansing assisting in engineeririg the thing through. The new ward business is a pet scheme of President of the Council Wines. The passage of the bilí will cause the election of five alderman this spring out of the first and sixth wards.