It Disarranged Their Flans 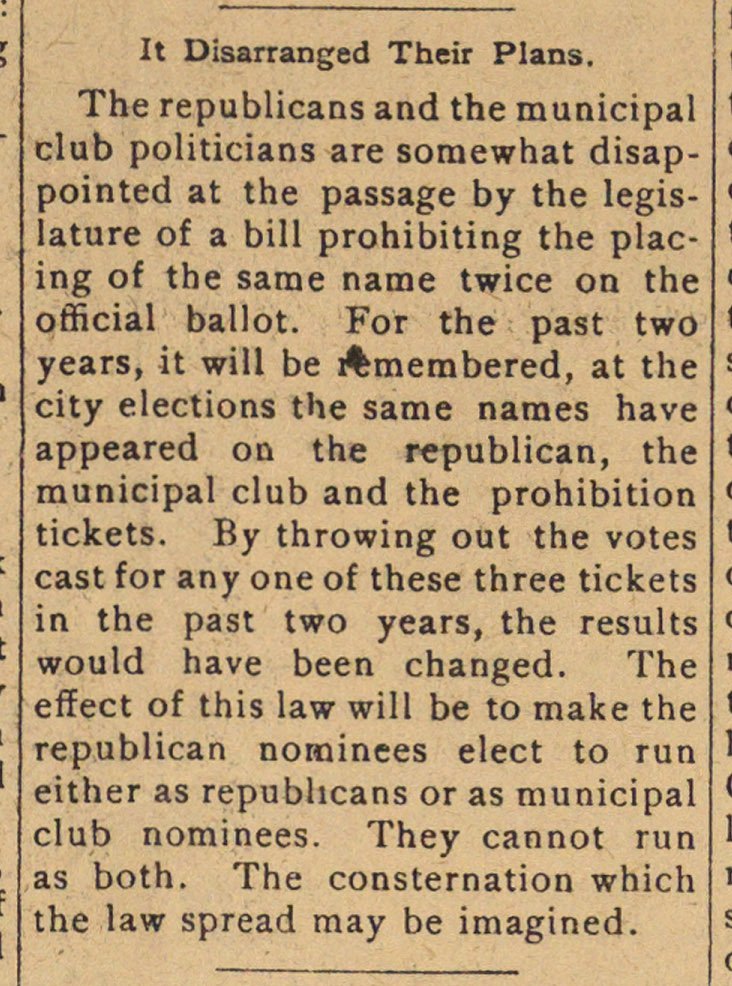 The republicans and the municipal club politicians are somewhat disappointed at the passage by the legislature of a bilí prohibiting the placing of the same name twice on the official ballot. For the past two years, it will be i%membered, at the city elections the same ñames have appeared on the republican, the municipal club and the prohibition tickets. By throwing out the votes cast for any one of these three tickets in the past two years, the results would have been changed. The effect of this law will be to make the republican nominees elect to run either as republicans or as municipal club nominees. They cannot run as both. The consternation which the law spread may be imagined.