Caused By A Parlor Match 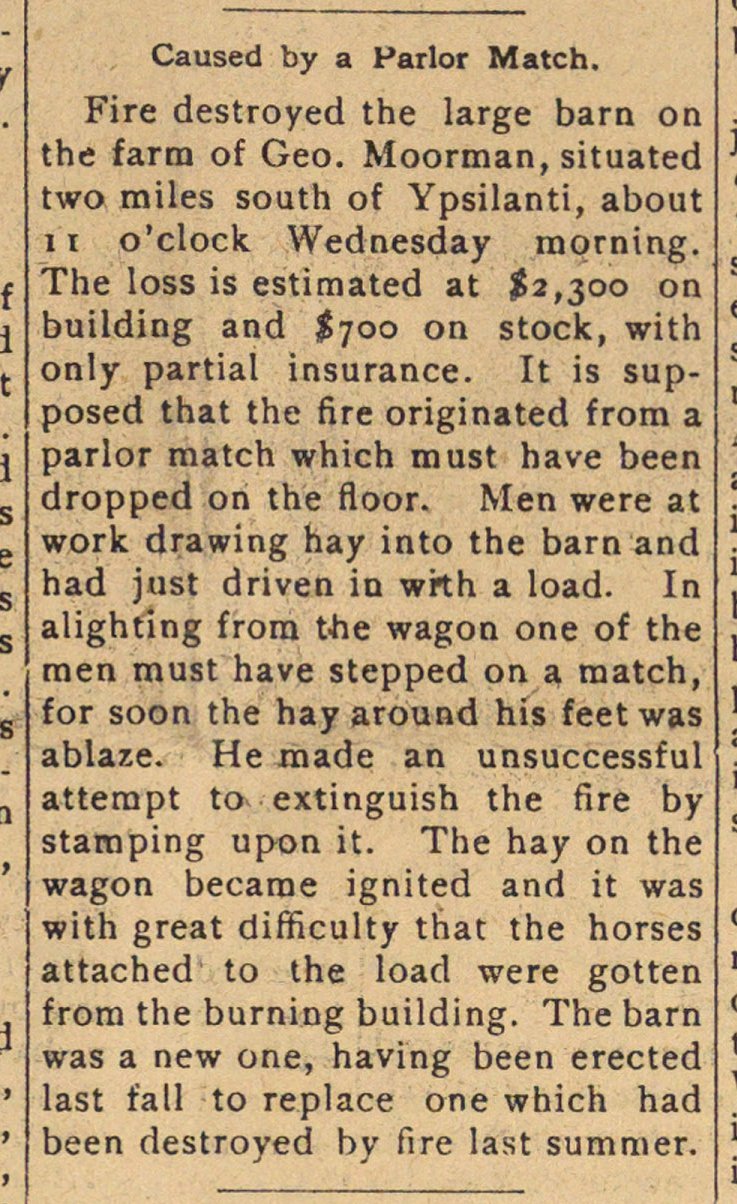 Fire destroyed the large barn on the farm of Geo. Moorman, situated two miles south of Ypsilanti, about ïi o'clock Wednesday morning. The loss is estimated at #2,300 on building and $700 on stock, with only partial insurance. It is supposed that the fire originated from a parlor match which must have been dropped on the floor. Men were at work drawing hay into the barn and had just driven in with a load. In alighting frora the wagon one of the men must have stepped on a match, for soon the hay around his feetwas ablaze. He made an unsuccessful atternpt extinguish the fire by stamping upon it. The hay on the wagon became ignited and it was with great difficulty that the horses attached to the load were gotten from the burning building. The barn was a new one, having been erected last fall to replace one which had been destroyed by fire last summer.