Wants To Revel In Gore 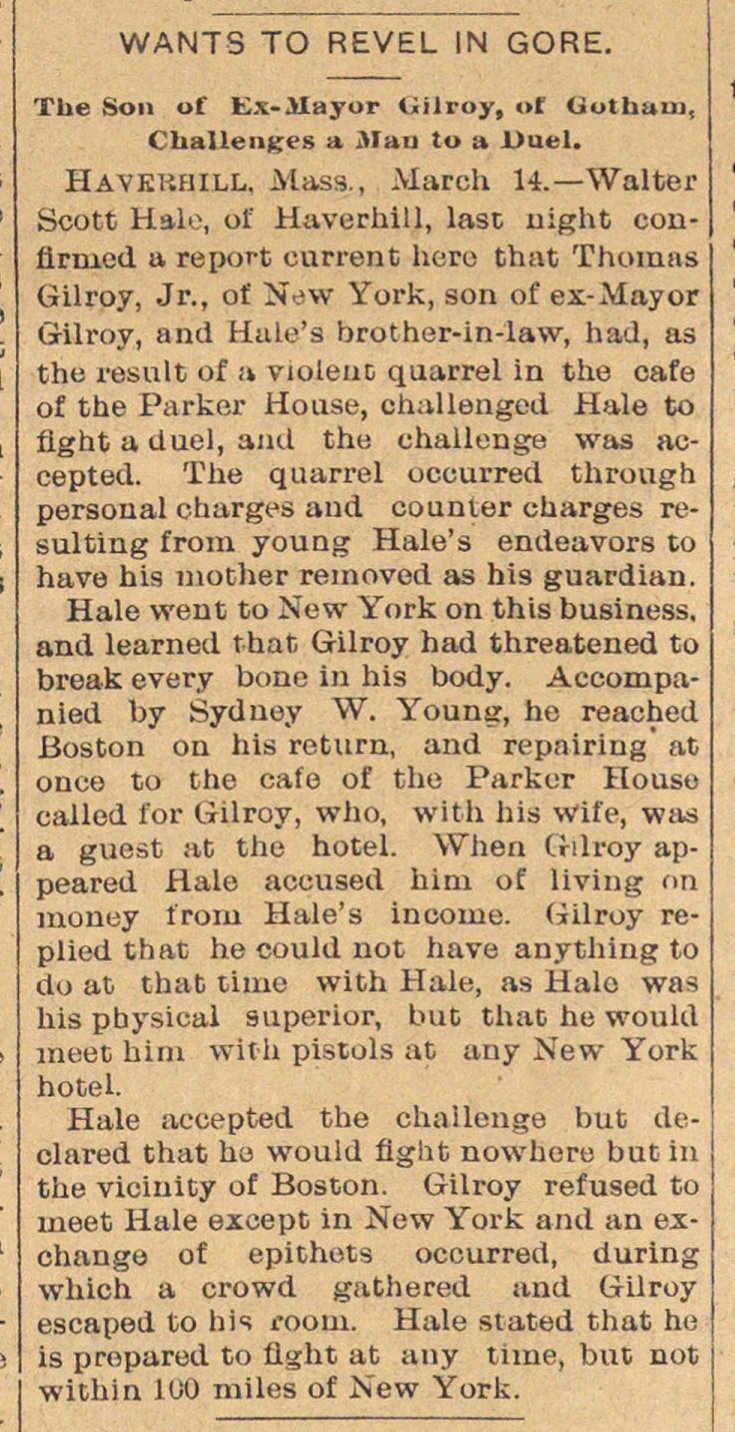 Havkhhill. Mass., March 14. - Walter Scott Hale, of Haverhill, last night conüruicd a report curren t hcrc that Thomas Gilroy, Jr., of New York, son of ex-Mayor Gilroy, and Hale's brother-in-law, had, as the result of a violent; quarrel in the cafe of the Parker House, challenged Hale to flght a duel, and the challenge was accepted. The quarrel ocourred through personal charges and counter charges resulting from young Hale's endeavors to have his mother removed as his guardián. Hale went to New York on this business, and learned that Gilroy had threatened to break every bone in his body. Accompanied by Sydney W. Young, he reached Boston on his return, and repniring' at onco to the cafe of the Parker House called lor Gilroy, who, with his wife, was a gueát ;tt the hotel. When Gilroy appeared Hale accused hini of living on money trom Hale's incoine. Gilroy replied that he could not have anything to do at that time with Hale, as Hale was his pbysical superior, Luit that he would meet hirn with pistols at any New York hotel. Hale accepted the challenge but declared that he would figlit nowhere but in the viciuity of Boston. Gilroy refused to meet Hale except in New York and an exchange of epithots occurred, during which a crowd gathered and Gilroy escaped to his room. Hale stated that he is prepared to flght at any time, but not within 100 miles of New York.