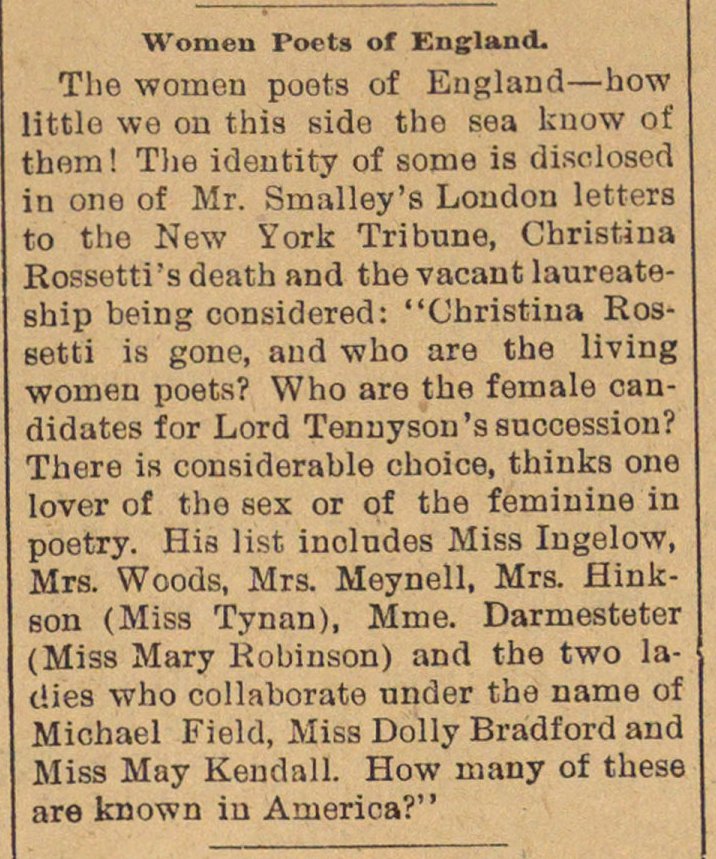 The woinen poets of England - how littlo we on this side the sea know of them ! T!ie identity of some is disolosed in one of Mr. Smalley's London letters to the New York Tribune, Christiua Rossettr s death and the vacant laureateship being considered: "Christina Rossetti is gone, and who are the living womeu poets? Who are the female candidates for Lord Tennyson 's succession? There is considerable choice, thinks ono lover of the sex or of the feminine in poetry. His list inoludes Miss Iugelow, Mrs. Woods, Mrs. Meynell, Mrs. fiiukson (Miss Tynan), Mme. Darmesteter (Miss Mary Robinson) and the two lacües who collaborate under the name of Michael Field, Miss Dolly Bradford and Miss May Kendall. How rnany of these are known iu America?"