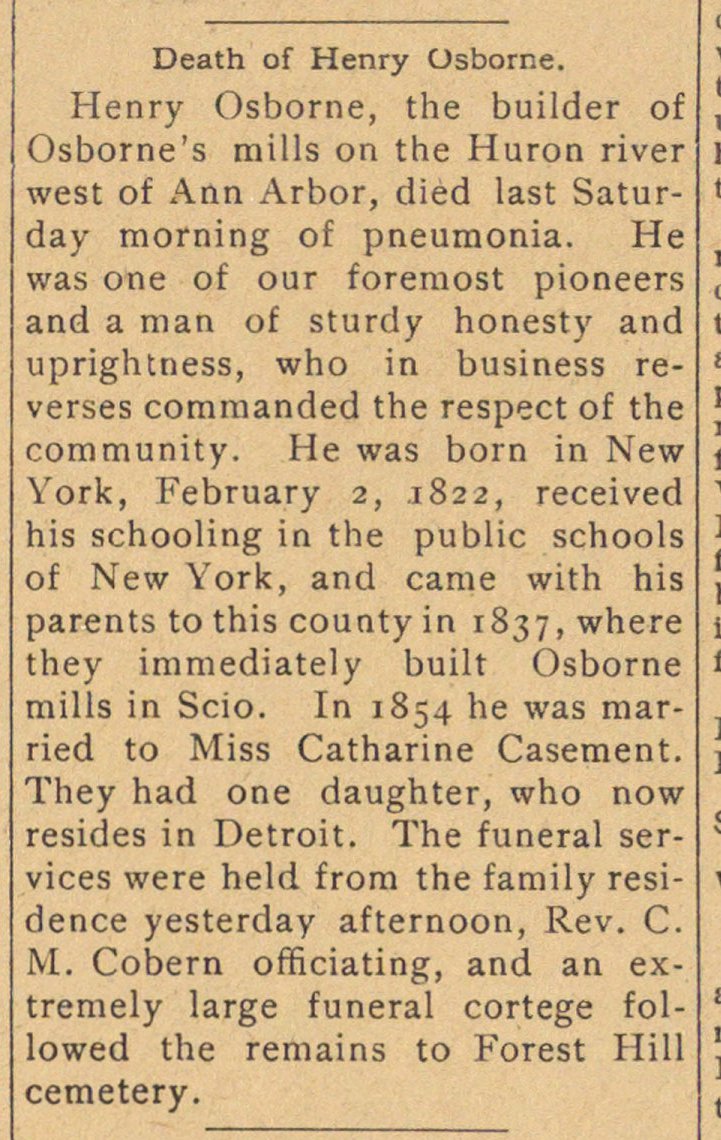 Henry Osborne, the builder of Osborne's milis on the Huron river west of Ann Arbor, died last Saturday morning of pneumonía. He was one of our foremost pioneers and a man of sturdy honesty and uprightness, who in business reverses commanded the respect of the community. He was born in New York, February 2, .1822, received his schooling in the public schools of New York, and came with his parents to this county in r837,where they immediately built Osborne milis in Scio. In 1854 he was married to Miss Catharine Casement. They had one daughter, who now resides in Detroit. The funeral services were held from the family residence yesterday afternoon, Rev. C. M. Cobern officiating, and an extremely large funeral cortege followed the remains to Forest Hill cemetery.