The Bicycle Mastered The Judge 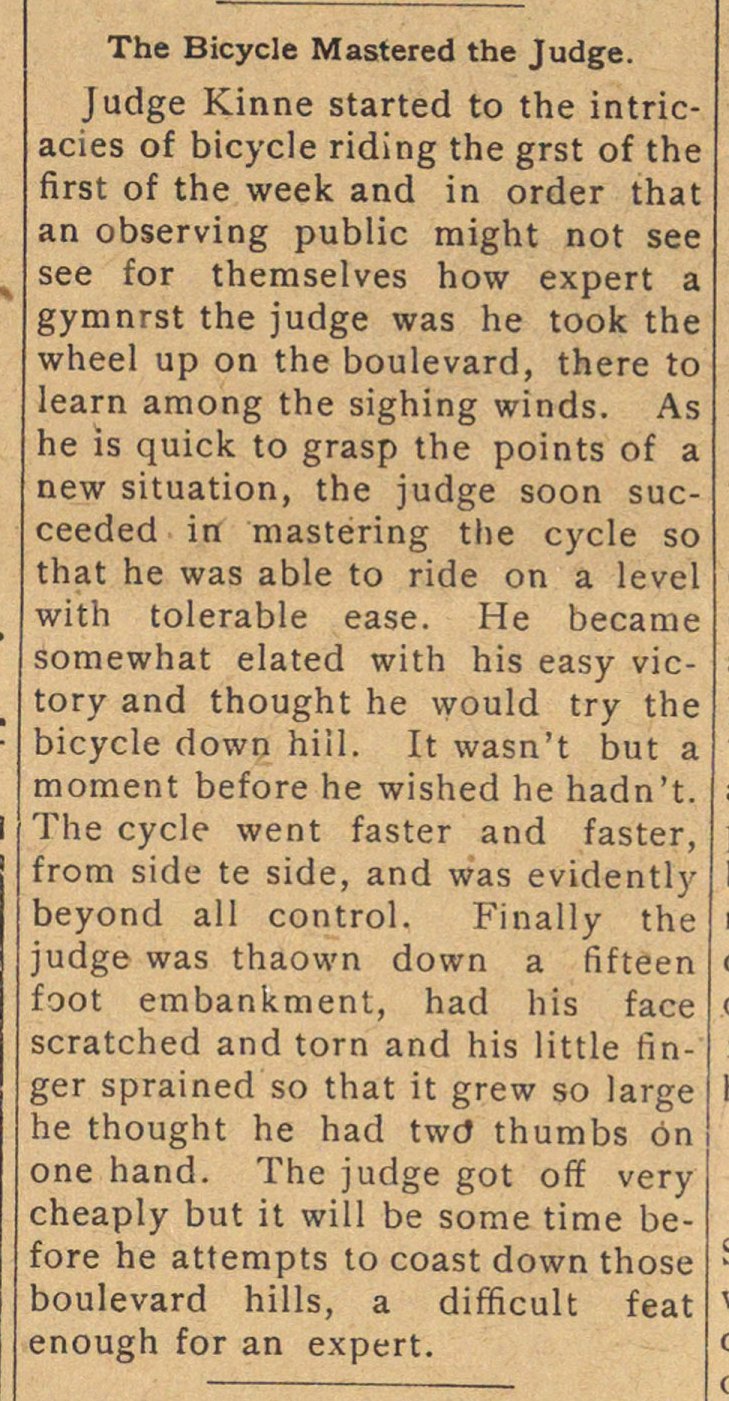 Judge Kinne started to the intricacies of bicycle riding the grst of the first of the week and in order that an observing public might not see see for themselves how expert a gymnrst the judge was he took the wheel up on the boulevard, there to learn among the sighing winds. As he is quick to grasp the points of a new situation, the judge soon succeeded in mastering the cycle so that he was able to ride on a level with tolerable ease. He became somewhat elated with his easy victory and thought he would try the bicycle down hill. It wasn't but a moment before he wished he hadn't. The cycle went faster and faster, From side to side, and was evidently beyond all control. Finally the judge was thaown down a fifteen foot embankment, had his face scratched and torn and his little finger sprained so that it grew so large he thought he had two thumbs on one hand. The judge got off very cheaply but it will be some time before he attempts to coast down those boulevard hills, a difficult feat enough for an expert.