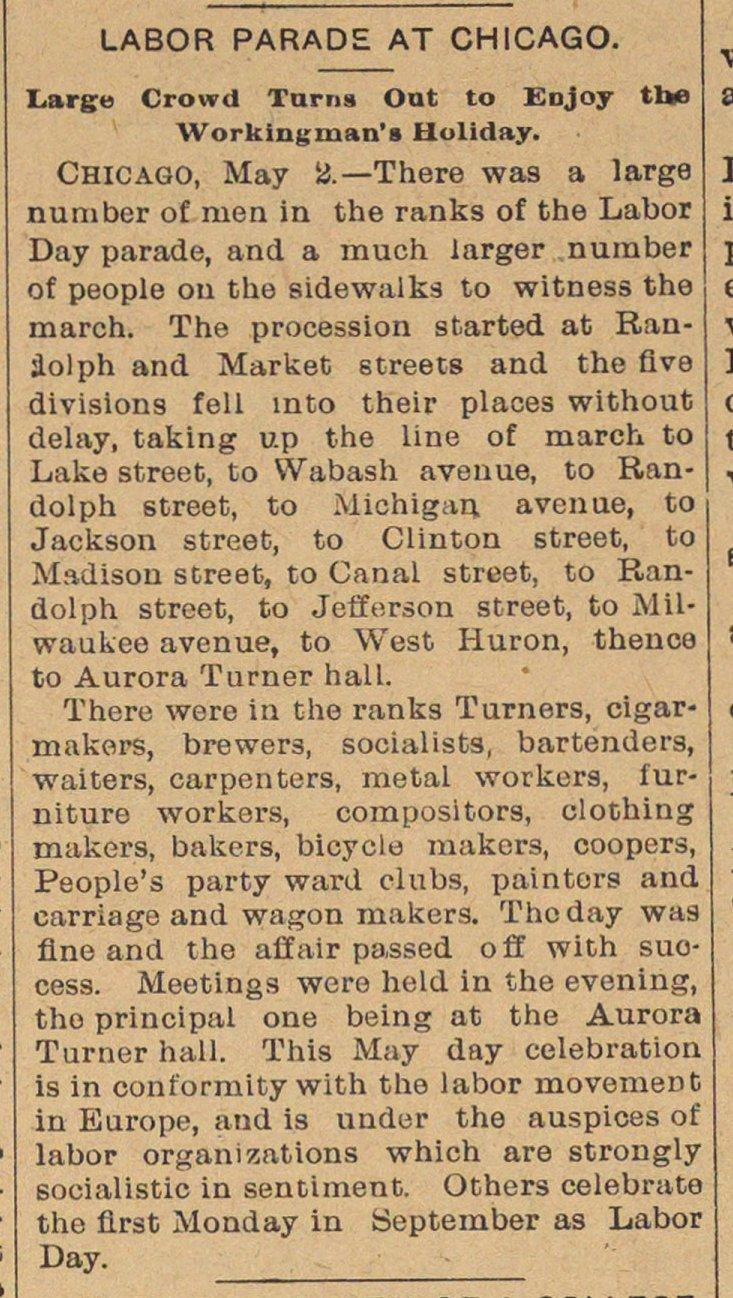 Chicago, May ü- There was a large number of men ia the ranks of the Labor Day parade, and a muoh larger number of people on the sidewalks to witness the march. The procession started at Ranlolph and Market streets and the five divisions feil into their places without delay, taking up the line of march to Lake street, to Wabash avenue, to Randolph street, to .Michigan, avenue, to Jackson street, to Clinton street, to Madison street, to Canal street, to Randolph street, to Jefferson street, to Milwaukee avenue, to West Huron, thenca to Aurora Turner hall. There were in the ranks Turners, cigarmakers, brewers, socialista, bartenders, waiters, carpenters, metal workers, furniture workers, compositora, clothing makers, bakers, bicyelo makers, coopers, People's party ward clubs, paintors and carriage and wagon makers. The day was fine and the affair passed off with suocess. Meetings were held in the evening, tho principal one being at the Aurora Turner hall. This May day celebration is in conformity with the labor movemect in Europe, and is under the auspioes of labor organizatlons which are strongly socialistic in sentiment. Others celébrate the first Monday in September as Labor Day.