May Be The Death Of A College 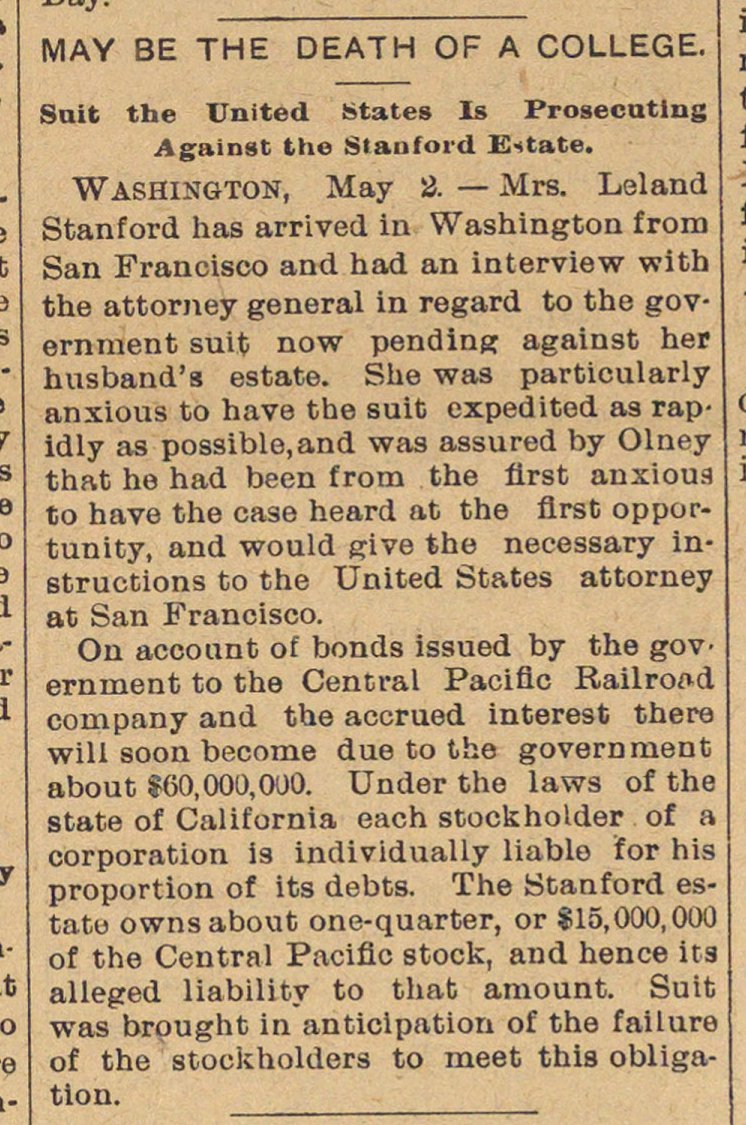 Washington, May 2. - Mrs. Leland Stanford has arrived in Washington from San Francisco and had an interview with the attorney general in regard to the governraent suit now pending against her husband's estáte. She was particularly anxious to have the suit expeditod as rapidly as possible.and was assured by Olney that he had been from the flrst anxioua to have the case heard at the flrst opportunity, and would give the necessary instructions to the United States attorney at San Francisco. On account of bonds issued by the gov eminent to the Central Pacific Railroiid conipany and the accrued interest there will soon become due to the government about ?60,OOÜ,OU0. Under the laws of the state of California each stockholder of a Corporation is individually liablo for his proportion of its debts. The Stanford estatu owns about one-quarter, or 815,000,01)0 of the Central Pacific stock, and henee its alleged liability to tliat amount. Suit was brpught in anticipation of the failure of the stockholders to meet this obliga tion.