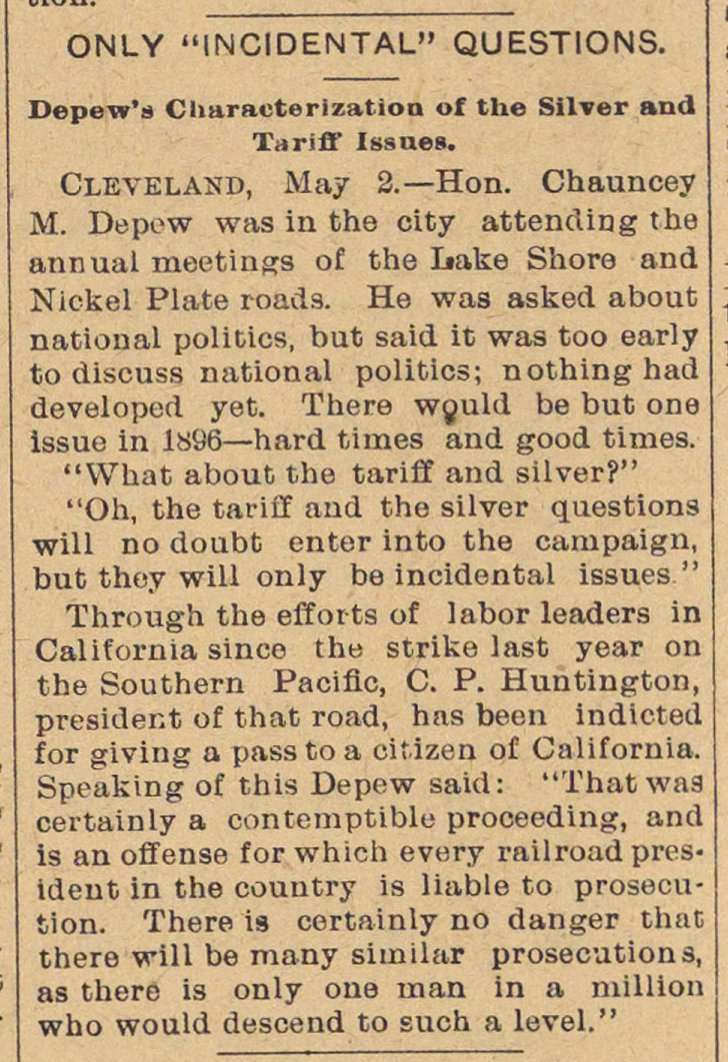 Cleveland, May 2. - Hon. Chauncey M. Dapcw was in the city attending the annual meetings oL the Iiake Shore am Nickel Píate roads. He was asked abou national politics, but said it was too early to discuss national politics; nothing had developed yet. There would be but on issue in 1896 - hard times and good times "What about the tarifif and silver?" "Oh, the tarifif and the silver question will no doubt enter into the campaign but they will only be incidental issues' Through the effotts of labor leaders in California sinco the strike last year on the Southern Pacific, C. P. Huntington president of that road, has been indictec for giving a pass toa cit.izen of California Speaking of this Depew said: "That wa certainly a contemptible proceeding, an is an offense for which every railroad pres ideut in the country is liable to prosecu tion. There is certainly no danger thii there will be many similar prosecutions as there is only one man in a millio who would descend to such a level."