Disagreed As To Wilde 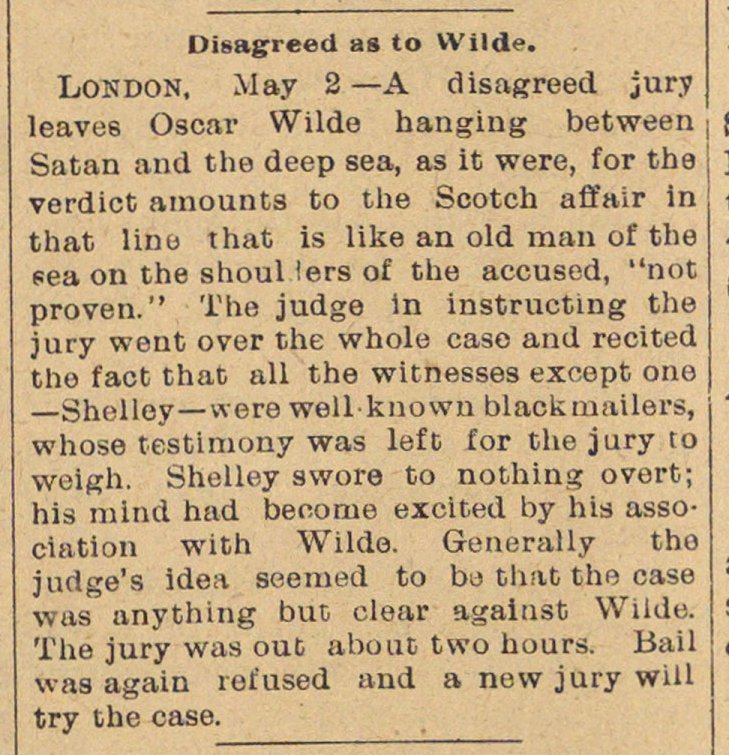 Lokdon, May 2 -A disagreed jury leaves Oscar Wilde hanging between Satan and the deep sea, as it were, for the verdict amounts to the Scotch affair in that linu that is like an old man of the sea on the shoul !ers of the accused, "not proven." The judge in instructing the jury went over the whole caso and recited the fact that till the witnesses excopt one Sholley - were well known blackmaüers, whose testimony was left for the jury to woigh. Shelley swore to nothing overt; his mlnd had become excited by his assoetation with Wilde. Generally tho jutlge's idea seemed to bt that the case was anything but clear agaiust Wilde. The jury was out abo ut two hours. Bail was again refused and a new jury will try the case.