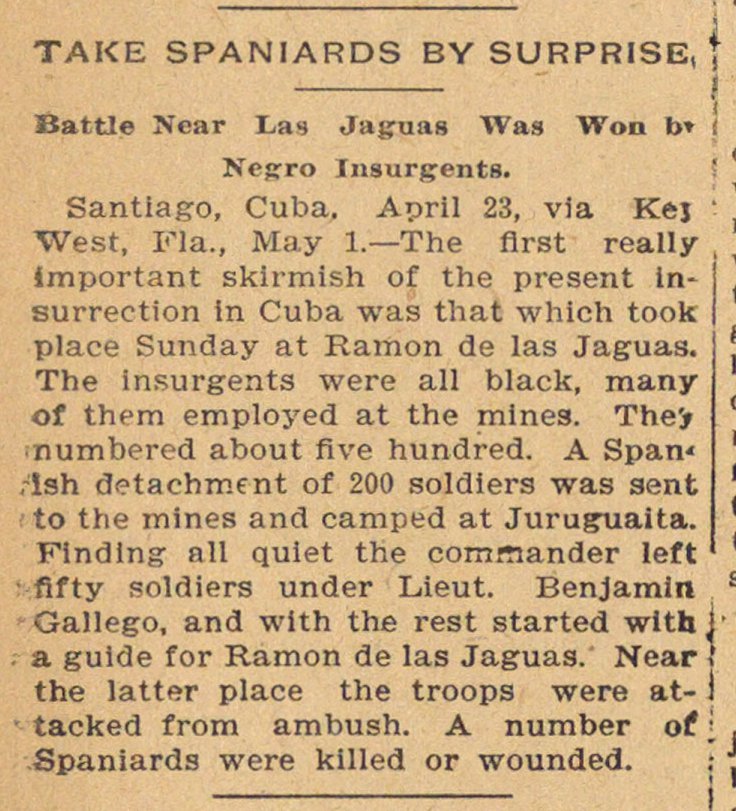 Santiago, Cuba. April 23, via Kej West, Fia., May 1.- The flrst really important skirmish of the present lnsurrection in Cuba was that whioh took place Sunday at Ramón de las Jaguas. The insurgents were all black, raany of them employed at the mines. The numbered about five hundred. A Span ,-lsh detaehment of 200 soldiers was aent to the mines and camped at Juruguaita. Findlng: nll quiet the comiïiander leit fifty soldiers under Lieut. Benjamin Gallego, and with the rest started with i a gulde for Ramon de las Jaguas. Neari the latter place the troops were I tacked from ambush. A number oí [ Spaniards were killed or wounded. :