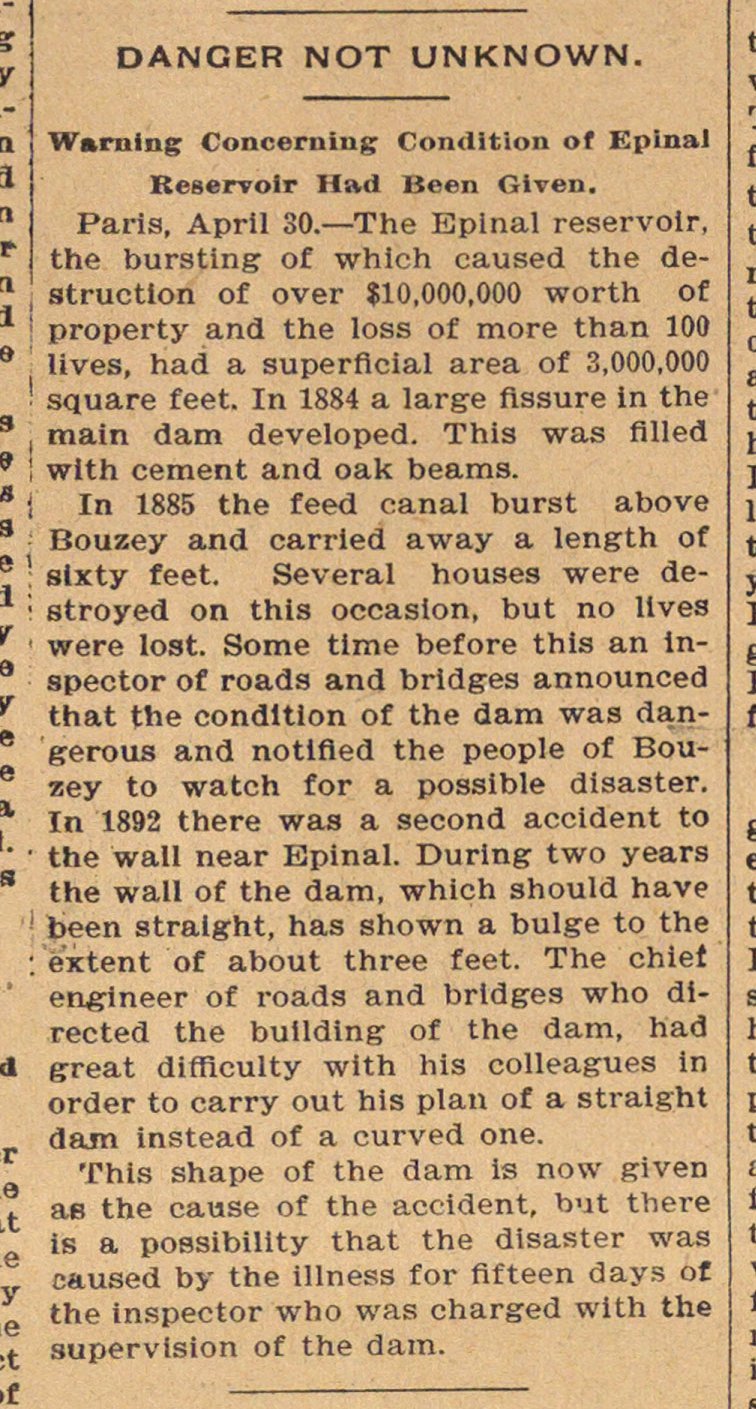 Paris, April 30.- The Eplnal reservoir, the bursting of which caused the destructlon of over $10,000,000 worth of 1 property and the loss of more than 100 Uves, had a superficial área of 3,000,000 ! square feet. In 1884 a large fissure in the ; main dam developed. This was filled ! with cement and oak beams. In 1885 the feed canal burst above Bouzey and carried away a length of ! sixty feet. Several houses were de! stroyed on this occasion, but no lives 1 were lost. Some time before this an inspector of roads and bridges announced that the condltion of the dam was dangerous and notifled the people of Bouzey to watch for a possible disaster. In 1892 there was a second accident to ■ the wali near Epinal. During two years the wall of the dam, which should have been straight, has shown a bulge to the : extent of about three feet. The chiet engineer of roads and bridges who directed the building of the dam, had great difficulty with his colleagues in order to carry out his plan of a straight dam instead of a curved one. This shape of the dam is now given as the cause of the accident, but there is a possibility that the disaster was caused by the illness for fifteen days of the inspector who was charged with the supervisión of the dam.