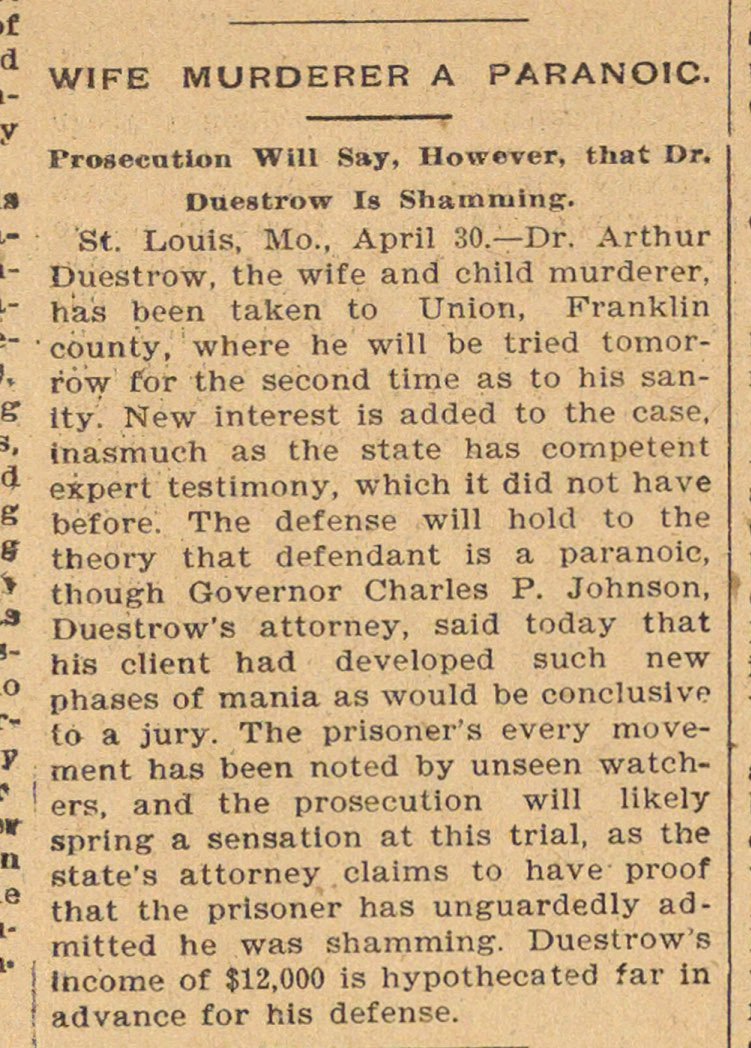 St. Louis, Mo., April 30.- Dr. Arthur Duestrow, the wife and child murderer, has been taken to Union, Franklin oóunty, where he will be tried tomorr'ów for the second time as to his sanity. New interest is added to the case, inasmueh as the state has competent expert testimony, which it did not have before. The defense will hold to the theory that defendant is a paranoic, though Governor Charles P. Johnson, Duestrow's attorney, said today that his cliënt had developed such new phases of mania as would be conclusivo lo a jury. The prisoner's every movement has been noted by unseen watch' ers, and the prosecution will likely spring a sensation at this trial, as the state's attorney claims to have proof that the prisoner has unguardedly admitted he was shamming. Duestrow's j Income of $12,000 is hypothecated far in ! advance for his defense.