Was Another Sort Of "trilby." 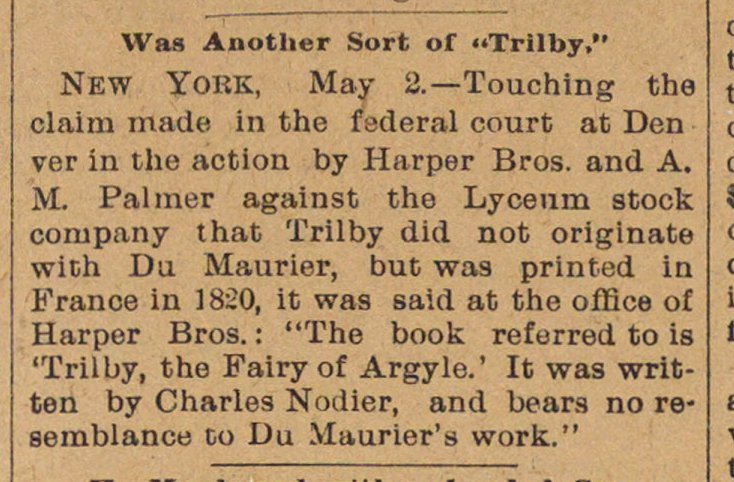 New York, May 2. - Touching the claim made in the fsderal court at Den ver in the aotion by Harper Bros. and A. M. Palmer against the Lyceum stock company that Trilby did not originate wich Da Maurier, but was printed in France in 1850, it was said at the office of Harper Bros. : "The book reforred to is 'Trilby, the Fairy of Argyle.' It was written by Charles Nodier, and bears no resemblance to Du Muurier's work."