To Look Into The Case Of Waller 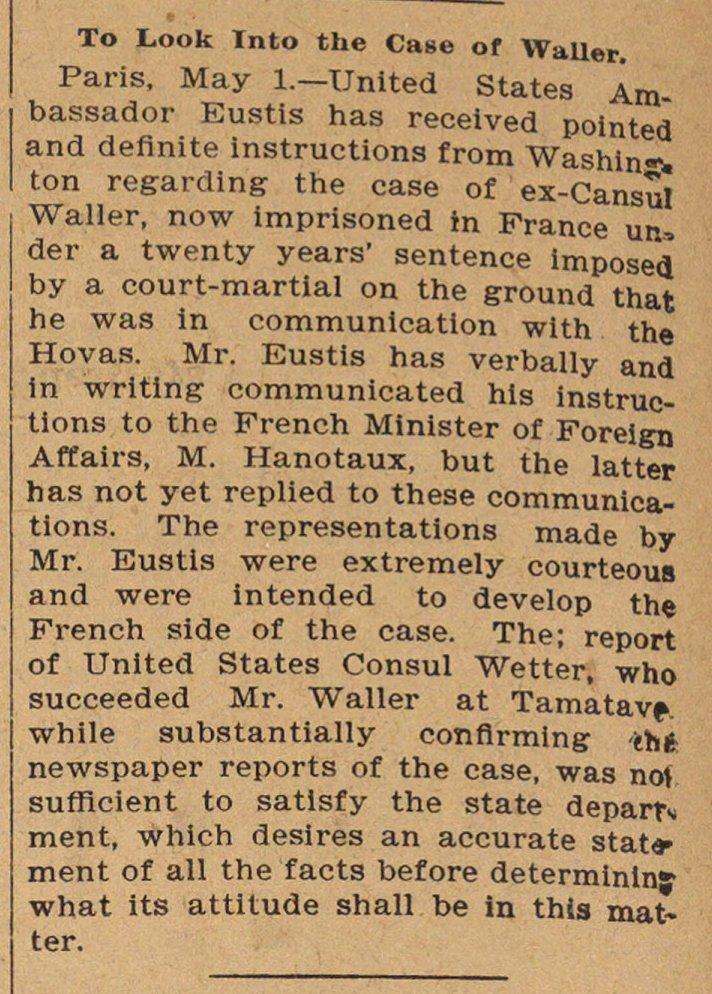 jraris, may J..- unlted States Am bassador Eustis has received pointed and definite instructions from Washin-r. ton regarding the case of ex-Cansul Waller, now imprisoned in Prance un, der a twenty years' sentence imposed by a court-martial on the ground that he was in communlcation with the Hovas. Mr. Eustis has verbally and in writing communicated hls instructions to the Frenen Minister of Foreign Affairs, M. Hanotaux, but the latter has not yet replied to these Communications. The representations made by Mr. Eustis were extremely courteous and were intended to develop the French side of the case. The; report of United States Consul Wetter, who succeeded Mr. Waller at Tamatav while substantially conflrming -it newspaper reports of the case, was not sufficient to satlsfy the state depart ment, which desires an accurate stat ment of all the facts before determininf what its attitude shall be in this mat ter.