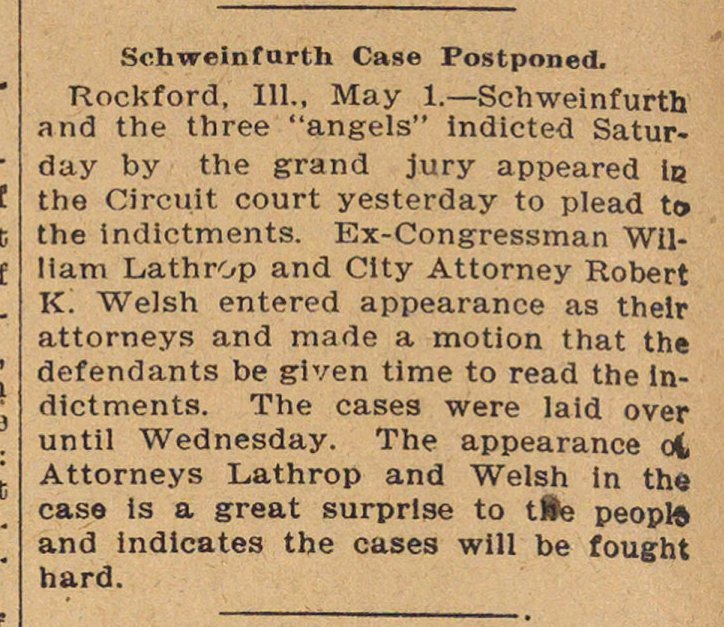 Rockford, III., May 1. - Schweinfurth and the three "angels" indicte-d Saturday by the grand jury appeared In the Circuit court yesterday to plead to the indictments. Ex-Congressman William Lathrop and City Attorney Robert K. Welsh entered appearanoe as thetr attorneys and made a motion that the defendants be given time to read the Indictments. The cases were laid over until Wednesday. The appearance ot Attorneys Lathrop and Welsh in the case is a great surprise to tHe peoplft and indlcates the cases will be fought hard.