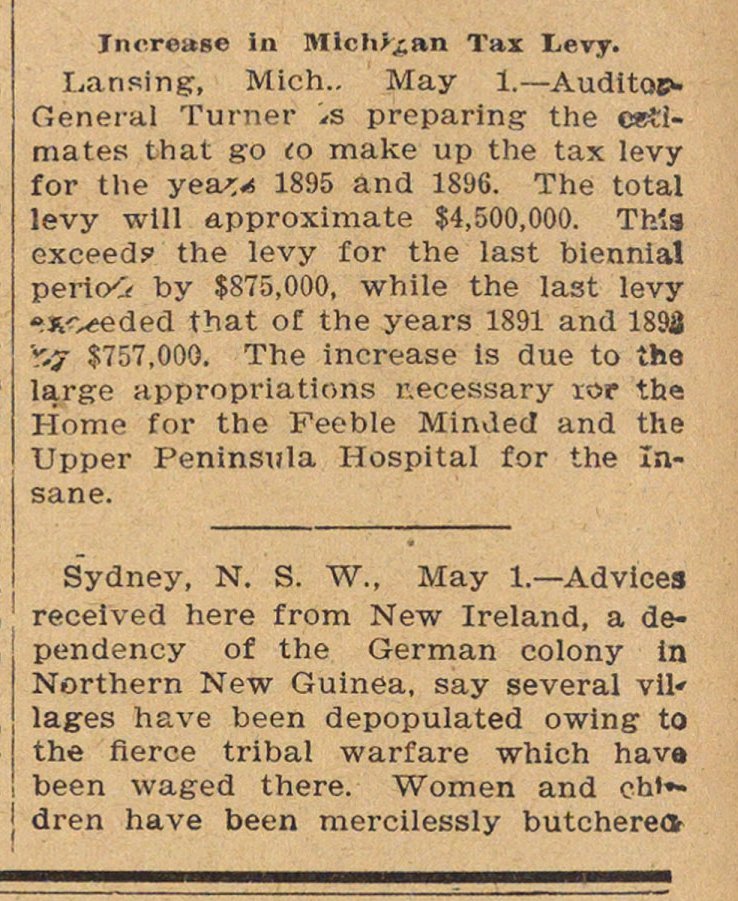 Lannmgr, Mich.. May 1. - Auditor Oeneral Turner s preparing the cstimates that go (o make up the tax levy for the yea 1895 and 1896. The total levy wlll approximate $4,500,000. Thia exceed? the levy for the last biennial perio-i by $875,000, while the last levy Rveeded that oC the years 1891 and 1894 'r.7 $757,000. The increase Is due to the large appropriations r.ecessary ior the Home for the Feeble MinJecI and the Upper Península Hospital for the Insane. Sydney, N. S. W., May 1.- Advices recelved here from New Ireland, a dependency of the Germán colony Ín Northern New Guinea, say several vil lages have been depopulated owing to the fierce tribal warfare which hava been waged there. Women and ch'" dren have been mercilessly butcherea