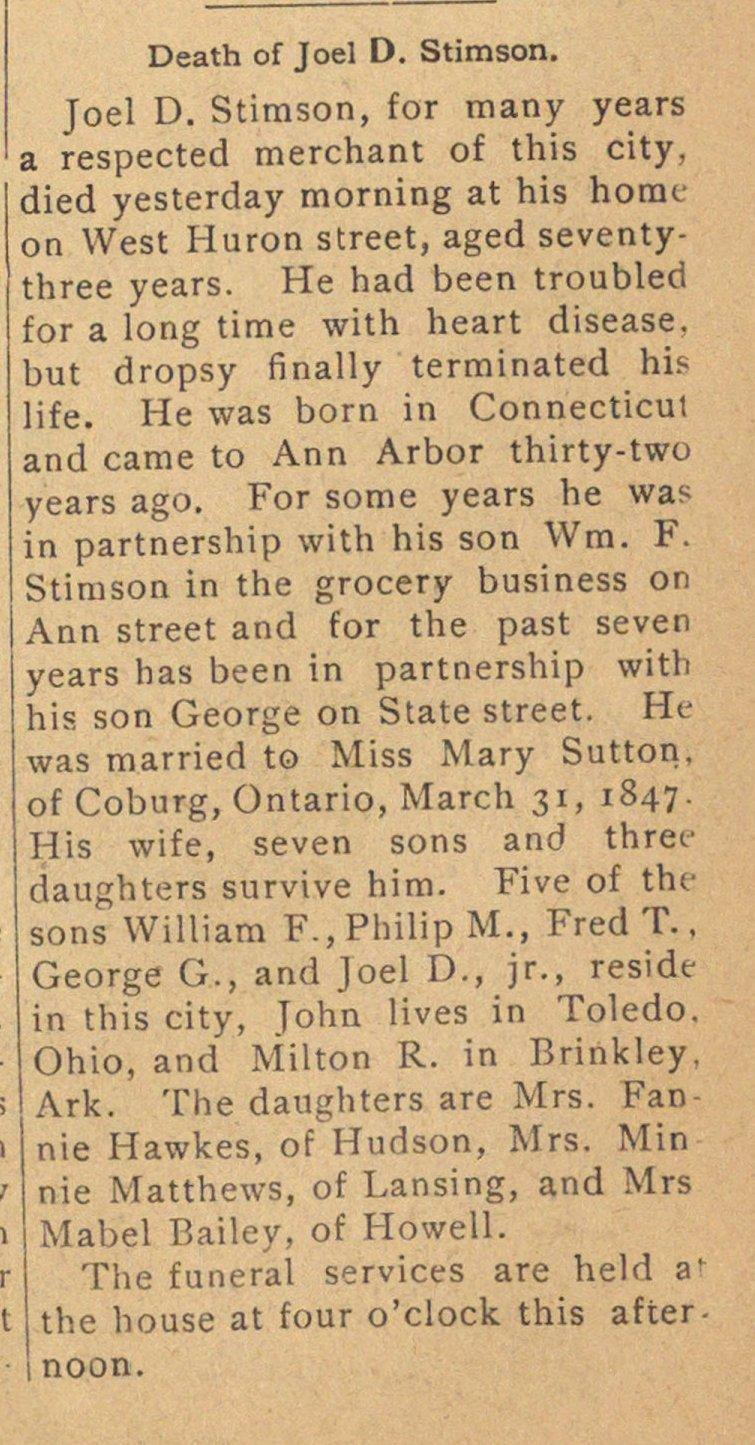 Joel D. Stimson, for many years a respected merchant of this city, died yesterday morning at his homion West Huron street, aged seventythree years. He had been troubled for a long time with heart disease. but dropsy finally terminated his life. He was born in Connecticul and came to Ann Arbor thirty-two years ago. For some years he was in partnership with his son Wm. F. Stimson in the grocery business on Ann street and for the past seven years has been in partnership with his son George on State street. He was married to Miss Mary Sutton, of Coburg, Ontario, March 31, 1847. His wife, seven sons and threr daugbters survive him. Five of the sons William F., Philip M., Fred T. . George G., and Joel D., jr., reside in this city, John lives in Toledo. Ohio, and Milton R. in Brinkley. Ark. The daughters are Mrs. Fan nie Hawkes, of Hudson, Mrs. Min nie Matthews, of Lansing, and Mrs Mabel Bailey, of Howell. The funeral services are held af the house at four o'clock this afternoon.