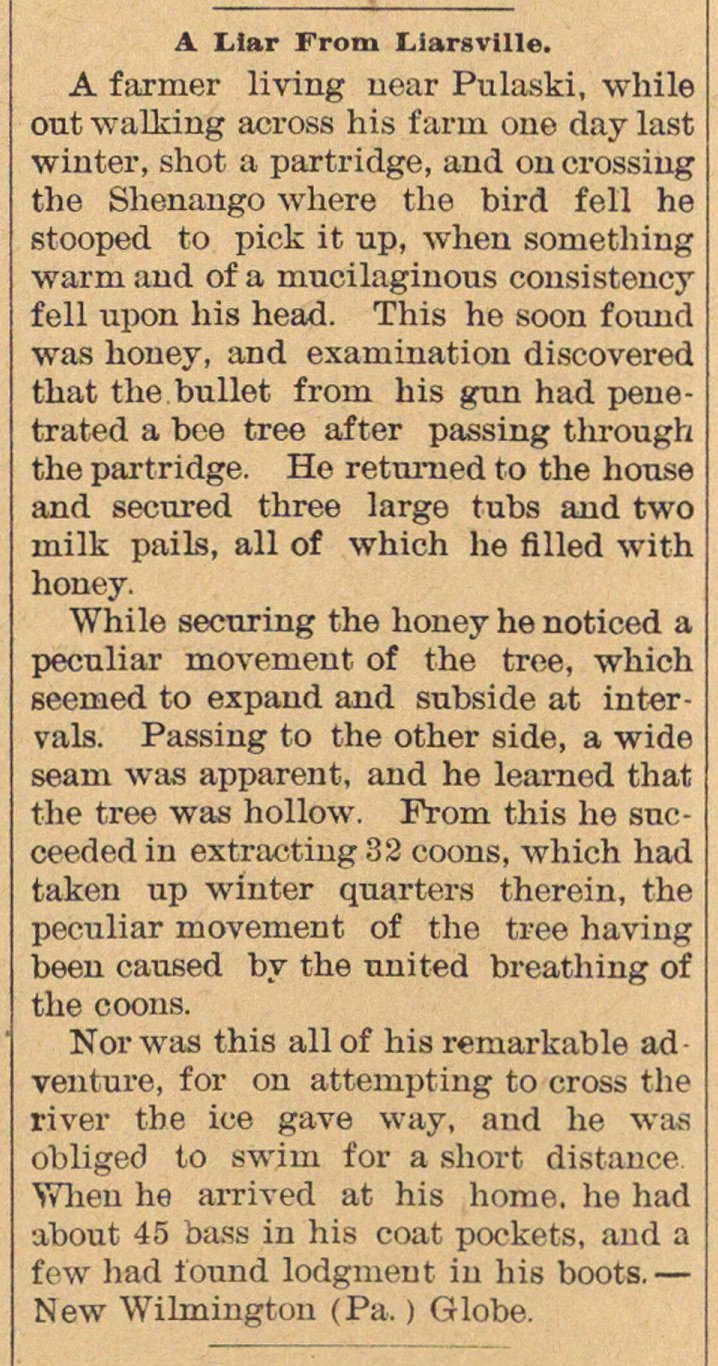 A farmer living near Pulaski, white out walking across his farm one day last winter, shot a partridge, and ou erossiiig the Shenango where the bird feil he stooped to piek it up, when something warm and of a mucilaginous consistency feil upon liis head. This he soon found was honey, and examination discovered that the bullet f rom his gun had penetrated a bee tree after passing through the partridge. Ho retumed to the house and secured three large tubs and two milk pails, all of which he fllled with honey. While securing the honey he noticed a peculiar movement of the tree, which seemed to expand and subside at intervals. Passing to the other side, a wide seam was apparent, and he learned that the tree was hollow. From this he sneceeded in extractiug 32 coons, which had taken up winter quarters therein, the peculiar movement of the tree having been caused by the united breathing of the coons. Nor was this all of his reniarkable adventure, for on attempting to cross the river the ice gave way, and he was obliged to swirn for a short distance When he arrived at his home. he had ■about 45 bas.s in his coat poekets, and a few liad found lodgmeut in liis boots. -