His Thirst Was Tery Precious 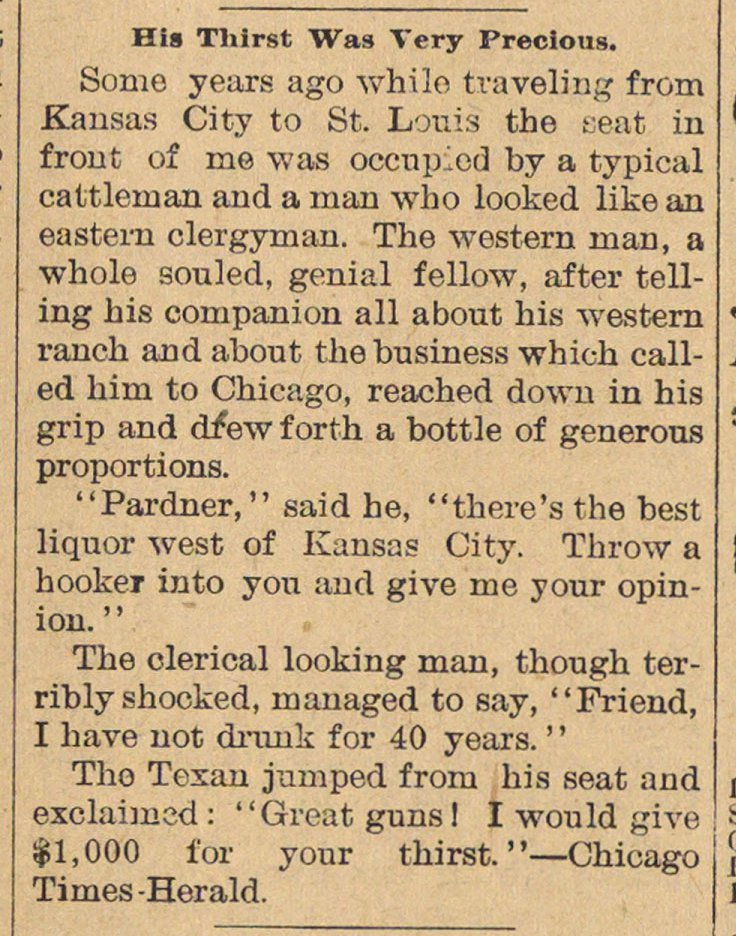 borne years ago whüo tvavelmg früm Kansas City to St. Louis the eeat in front of me was occuplcd by a typical cattleman and a man who looked like au eastern clergyman. The western rnan, a whole souled, genial fellow, after telling his companion all about his western ranch and about the business -which called him to Chicago, reached down in his grip and dfew f orth a bottle of generous proportions. "Pardner, " said he, "there's the best liquor west of Kansas City. Throw a hooker into yon and give me your opinión. " The olerical looking man, though terribly shocked, managed to say, "Friend, I have not drunk for 40 years. ' ' Tho Texan juinped from his seat and exclaimcd : ' ' Great guns ! I would give