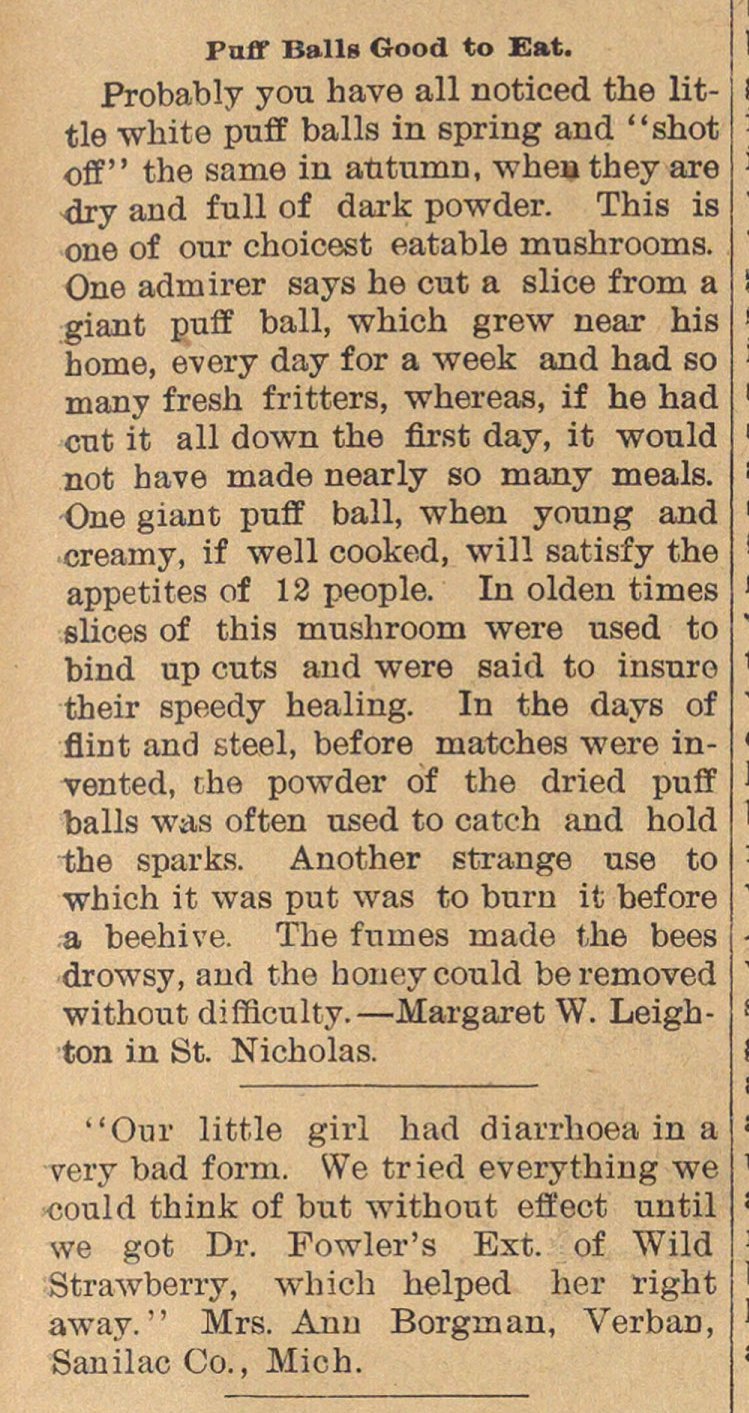 Probably you have all noticed the little white puff balls in spring and "shot off" the same in autumn, whea they are lry and full of dark powder. This is one of our choicest eatable mushrooms. One admirer says he cut a slice f rom a giant puff ball, which grew near his home, every day for a week and had so many fresh fritters, whereas, if he had ent it all down the first day, it would not have made nearly so many meals. One giant puff ball, when young and creamy, if well cooked, will satisfy the appetites of 12 people. In olden times sÚces of this mushroom were used to bind up cuts and were said to insuro their speedy healing. In the days of flint and steel, before matches were invented, the powder of the dried puff balls was often used to cateh and hold the sparks. Another strange use to which it was put was to bnru it before a beehive. The fumes made the bees drowsy, and the honeycould be removed without difflculty. - Margaret W. Leighton in St. Nicholas. "Our little girl had diarrlioea in a very bad form. We tried every thing we Eould think of but without effect until we got Dr. Fowler's Ext. of Wild Strawberry, which helped her right away. " Mrs. Anu Borgman, Verban, Sanilac Co., Mich.