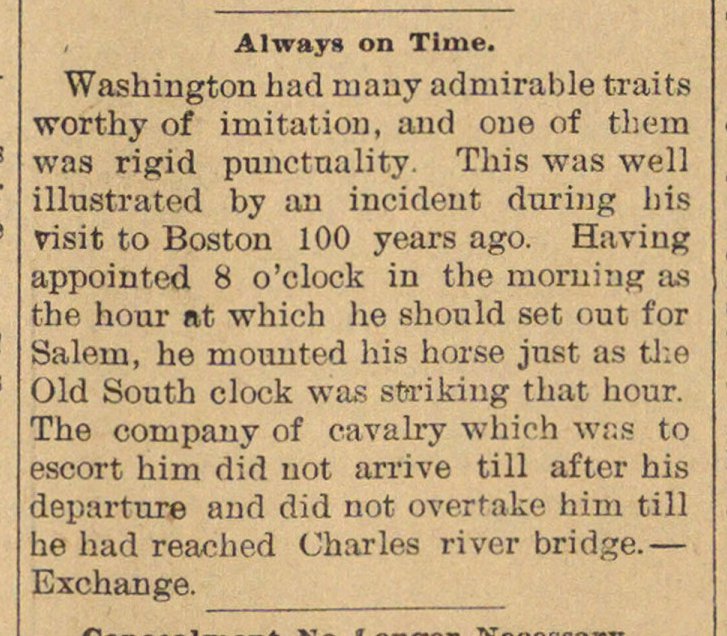 Washington had mauy admirable traits worthy of imitation, and oue of them was rigid punctuality. This was well illnstrated by an incident during liis Visit to Boston 100 years ago. Haring appointed 8 o'clock in the mornhig as the hour fit which lie should set out for Salem, he mounted his horse jnst as the Oíd South clock was sfrriking that hour. The company of cavalry which wcs to escort him did uot arrive till after his departure and did not overtake him till ie had reached Charles river bridae. -