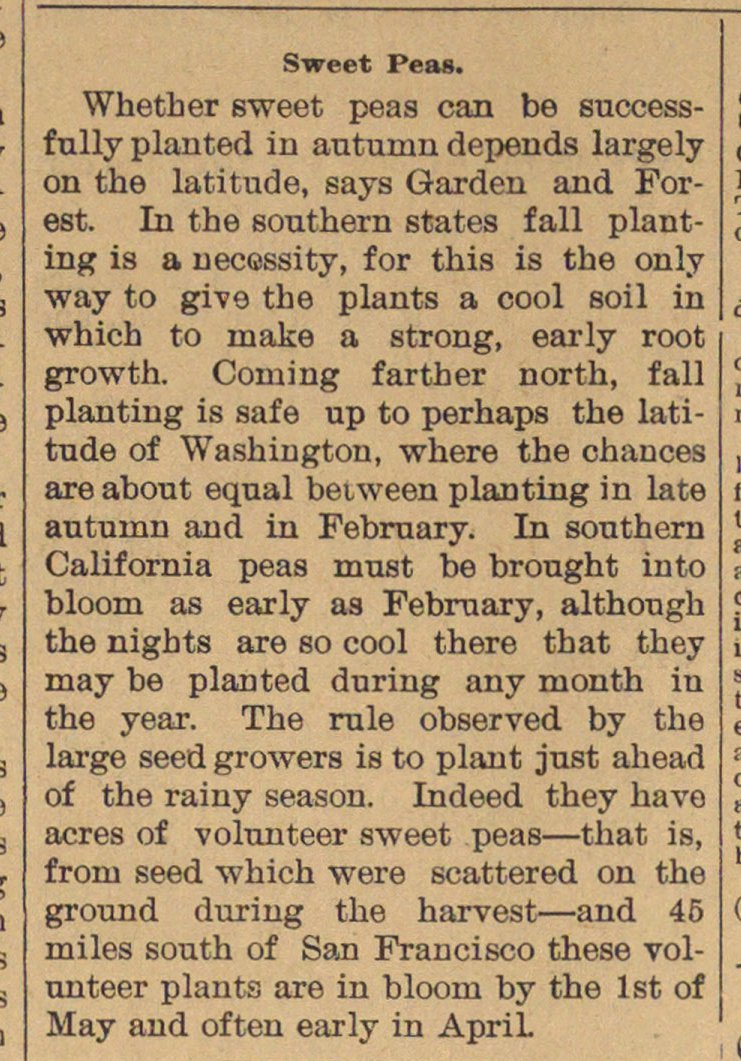 Whether sweet peaa can be successfully plauted in autunm depends largely on the latitude, says Garden and Forest. In the southern states fall planting is a necossity, for this is the only way to give the plants a cool soil in which to make a strong, early root growth. Coming farther north, fall planting is safe up to perhaps the latitude of Washington, where the chances are about equal beiween planting in late autuinn and in February. In southern California peas must be brought into bloom as early as February, although the nigbts are eo cool there that they may be planted during any month in the year. The rule observed by the large seed growers is to plant just ahead of the rainy season. Indeed they have acres of volunteer sweet peas - that is, froni seed which were scattered on the ground duriug the harvest - and 45 miles south of San Francisco these volunteer plants are in bloom by the lst of May and often early in ApriL