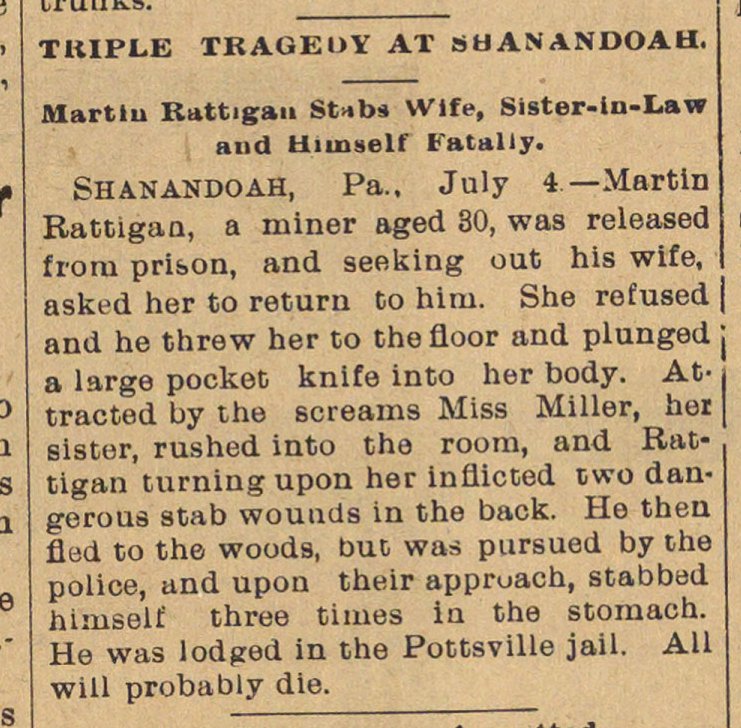 Shanandoah, Pa., July 4 -Marti Rattigaa, a miner aged 30, was release frora prison, and seeking out his wife askid her to return to hiin. She refused and he threw her to the floor and plunged a large pocket knife into her body. Attracted by the screams Miss Miller, hei sister, rushed into the room, and Rattigan turning upon her inüicted two dangerous atab wouuds in the back. He then fled to the woods, but was pursued by the pólice, and upon their appruach, stabböd himself three times in the stomach. He was lodged in the Pottsville jail. AU will probably die.