Taken From Home At Midnight 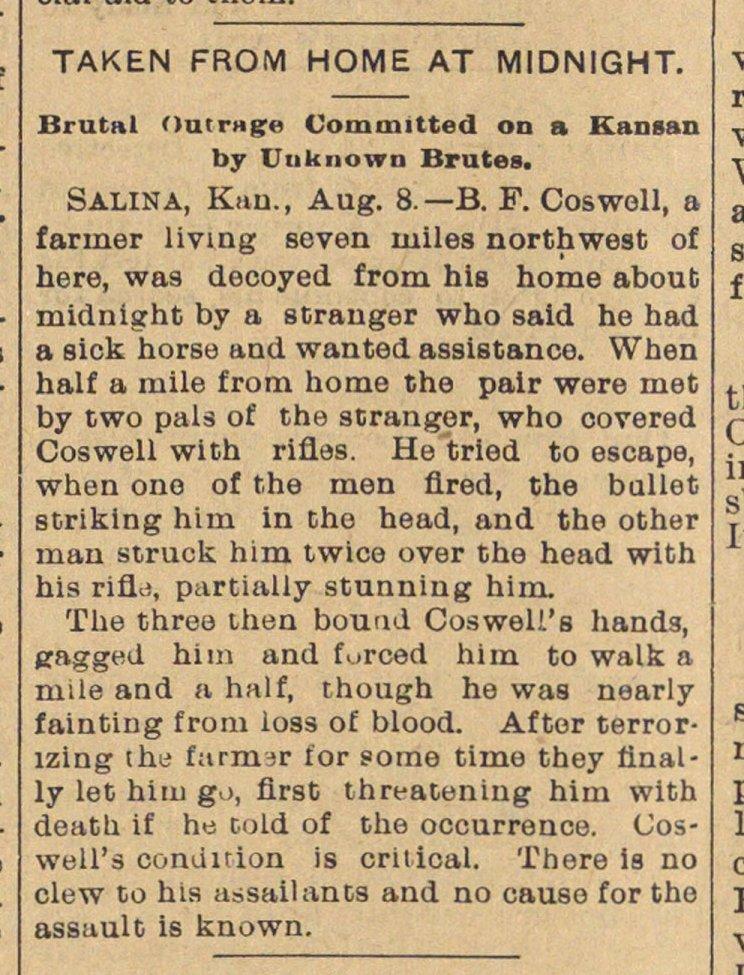 Salina, Kan., Aug. 8 - B. F. Coswoll, a farmer living seven miles northwest of here, was deooyed f rom his home about mldnlght by a stranger who sald he had a sick horse and wanted assistance. When half a mile from home the pair were met by two pais of the stranger, who oovered Coswell with rifles. He 'tried to escapa, when ono of the men flred, the bullet striking him in the head, and the other man struck him twice over the head with his rifli), partially stunning him. The three Uien bouud Coswell1 s hand3, gagged him and furced him to walk n mile and a half, though he was nearly fainting from loss of blood. Aftor terrorïzing ihe fiirmsr for some time they linally let him go, first threatening him with death if he told of the oocurrenoe. Gosweü's condition is oriiioal. There is no clew to his ussailants and no causo for the assault is known.